Rites and Wrongs: Burial After Violence

Every person deserves to be buried. For the purposes of this piece I opt to use the term “burial” quite loosely, referring to a decent and respectful handling of bodies after death. We may be cremated and cast into the wind, or perhaps we may be buried in a casket and set into the earth. In the moment of death, the living strive to find some way to understand our existence. For many of us, our loved ones will host some kind of ceremony, in which our lifeless bodies are dynamically transformed in preparation for our cessation of existence. As a result of the many processes related to death and our understanding of it, our bodies fall apart, and the living must find some way to handle it.

For many, the memorializing process that happens after we are gone highlights the moments in our lives which somehow impacted or shaped the lives of others. The old saying, “Do not speak ill of the dead,” sets a particular expectation for our mourning process. It’s as if we ought to amputate those more troubling moments from the life of those we have lost. Our memorial narratives should be linear and constructed in a way that lets us make sense, in the most optimistic of terms, of a life lived to the fullest.

There are, however, people who veer away from accepted behavior, those individuals who contribute to horrific things in the world. They are the dead of whom ill is spoken, whose memorial narratives are overwritten by their grievous wrongdoings. They die while participating in of some kind of horrible action, or they die through punishment for their actions. For these people, we struggle to find a way to make some sense of their death within the context of their nefarious activities. Their bodies must still be handled, and consequently, managed.

We cast aside the corpses of those who stray from societal mores. Cemeteries refuse burial permits and funeral homes refuse services. The funeral industry is dominated by corporations, as well as smaller family-owned businesses, who get the ultimate say in who does and does not get access to burial services. It’s worth noting the obvious: all bodies must eventually be handled, in some way, after death. In conjunction with the requirements of each particular county, city, and state, the handling of the dead is not only necessary but heavily shaped by where the person died and what kinds of expectations exist there. More often than not, there must be some kind of involvement with a death professional, whether it be the city coroner or a funeral director, to assist, guide, or otherwise verify that the end-of-life needs of the dead have been appropriately met.

On April 15, 2013, the Boston Marathon was allegedly bombed by brothers Tamerlan and Dzhokhar Tsarnaev. Three people were killed and at least 260 people were injured. In the events that transpired after the bombing, Tamerlan was killed. His death exemplified a particular mortuary quandary. In the weeks that followed, the Boston funerary community refused to provide services for Tamerlan’s body. Tamerlan was a practicing Muslim, a religion that forbids its members to be cremated. While cremation offers a more ambiguous and anonymous end in which ashes could be distributed at an undisclosed place, Tamerlan’s body needed a final location. The Cambridge city manager refused to issue burial permit for his body, citing that he was the “chief conservator of the peace within the city.”[1] He believed that burying Tamerlan in the city of Cambridge would, in fact, disrupt the peace. His body would tarnish their soil. This created a predicament for his family, as well as a logistical query: who handles and manages those disgraced bodies that require attention? How do we navigate burial after societal trauma? 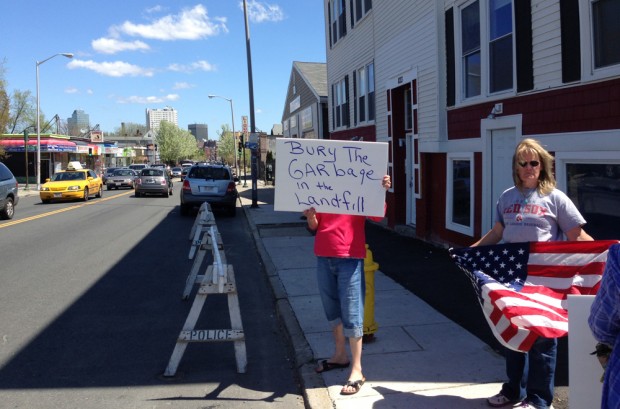 A protester holds a sign with “Bury the garbage in the landfill,” referring to the body of suspected Boston Marathon bomber Tamerlan Tsarnaev. (Photo: Deborah Becker/WBUR)

For Tamerlan and others like him, their bodies are generally laid to rest outside of the communities in which they had a direct impact. Yet many communities feel that it is inappropriate to bury them in close proximity to more socially-upstanding local citizens, and those communities also do not want to encourage any kind of ill-suited shrines at gravesites.[2] These bodies are silently transported, and their arrivals and observances are kept private. In many ways, they are deemed unmournable. For a society that already struggles with finding language for death and loss, our communal quarantine of these troubling deaths is representative of our inability to cope with death.

On prisons, Nelson Mandella said, “A nation should not be judged by how it treats its highest citizens, but its lowest ones.”[3] I argue that this is also true of how we respond to those who commit the most heinous of crimes and the most unfathomable of actions. If we understand terrorists and criminals to be our lowest citizens, it is how we handle them, both alive and dead, that show how we can be judged. Providing a proper burial is the most basic of human actions: if we all must perish, then we all must be laid to rest. If we attempt to discourage the management of someone’s body postmortem because of their actions, we prove that we are incapable of moving past their grievous crimes. Death is a natural closure, and the burial of a criminal should be a part of the larger cultural healing that must take place after a horrific event. There is no large-scale social benefit in refusing burial; it only extends the timeline of the trauma. With Tamerlan, the search for a cemetery sucked time and energy out of a community that deserved the time and space to work on healing.

There are other instances in which bodies are refused burials, such as in Chicago, where many funeral homes refuse to service the victims of gang-related homicides. Although the scope of gang-related violence differs from that of a terrorist act, the core issue is the same: how do we bury bodies that are not culturally valued? Gangs are most prevalent in lower-class parts of urban areas, and mostly have members of minority communities.[4] Gangs are comprised of people who are systemically valued less in American culture than white, middle-class folks. It is no coincidence that the bodies of these communities refuse to be handled. 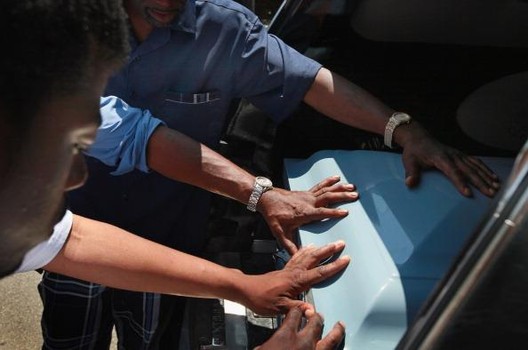 It is estimated that nearly half of all homicides in Chicago are gang-related.[5] With 434 homicides in 2014 alone, there are a lot of families that need funerary support.[6] Many funeral homes in Chicago, like those in Boston, have refused to work with the families of these challenging cases. They fear retaliation from opposing gangs who may seek retribution on the funeral home for providing services. Unlike most funeral homes in the area, The Leak and Sons Funeral Home has worked with their local community churches, as well as with the police, to provide ample presence and support. Leak and Sons ensures a safe and proper burial for families who have lost someone to gang violence.[7] By providing meaningful memorials for these families and victims who may otherwise go unhandled, the funeral home supports a struggling community, offers closure to the families, and demonstrates that no body goes without burial, even in wake of violence.

After death, all people deserve to be handled and buried in accordance with their particular belief systems. Despite our actions in life, after death our bodies are nothing but expired organs and decaying flesh. By denying or otherwise impeding the ability to bury bodies, we set ourselves up for failure to cope, mourn, engage, and heal. Burial is not merely about respect, but should be understood as a fundamental right, to both the dead and the living. When funeral providers and communities at large refuse necessary services to those who have passed, we do not allow for the crimes committed to be laid to rest. The narrative continues on. The victims of families deserve to mourn and work toward their own kind of closure, finding a way to make sense of the trauma. By valuing all bodies and allowing for burials to take place in a swift and respectful matter, we push back against a system that insists all bodies are not equal. In death, they finally are.