“She bears witness, but she does not bear witness only to what she has seen. She bears witness to an experience, that of the Catastrophe. No one before her had tried to do this. She insists on doing it, not for moral or political reasons, but because she knows she is threatened. If she does not bear witness to her experience of the unnameable, she too will be carried away by delirium and irrationality.” –Zabel Essayan 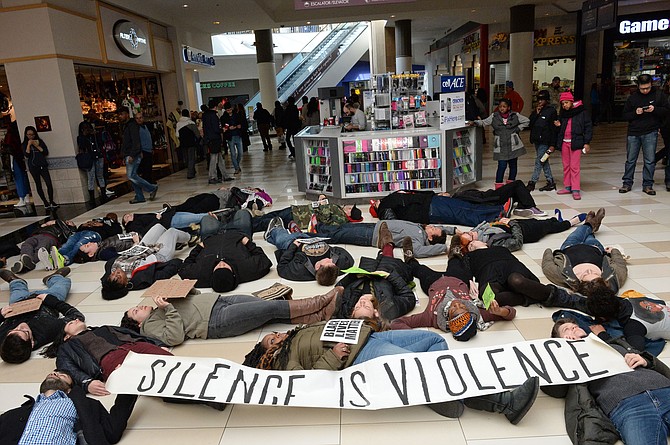 After media outlets announced that the Grand Jury would not indict Darren Wilson for the murder of Michael Brown, I set out to write a piece on mourning, and how I saw its thick brush of roots growing on social media networks. I imagine my experience was similar to many others’: I found myself awash in a sea of unfathomable posts on sites I frequent, like Facebook and Tumblr. Posting on social media seemed unfathomable—like really, this is your response to the dystopian apocalypse that we all clearly just entered? But it continued relentlessly and I found myself interested in this very simple, arguably contrived, often incendiary method by which people were communicating.

I haven’t been able to stop thinking of the Zabel Essayan quote above. Essayan was an Armenian novelist writing at a time of horrific pogroms. For her, writing as a way to externalize the overwhelming suffering she saw in order to obtain critical distance, lest it swallow her completely. As Essayan’s words demonstrate, speaking and writing about tragedy are inherently valuable for their power to concretize incomprehensible losses that threaten our ability to understand our own experience. Trauma theory and psychology calls this “witnessing” the “trauma narrative” when it is something that happens to you personally. But what about when it happens to your entire culture?

I am an artist and writer, and I work in higher education. I post primarily about music and feminist issues, with the occasional sleepy animal video. My friends are mostly the same—concerned by cultural goings-on—but also would likely bristle at being associated with “social justice warriors.” That said, my feeds transformed from spaces of mostly mundane chatter into vibrant discursive arenas that were now very much alight with political commentary, for better or worse. People on my Facebook friends list who had never posted a political item in our tenure as such suddenly began to share expressions of sadness, loss, and incredulity, as well as solidarity with Brown’s family and the families of other police violence victims. A collective wail was heard across this amorphous social space, a loud and haunting this can’t be. And still others, on the same internet but lightyears away from our experience of empathetic humanity, offered only more pain and suffering with their mocking words of vitriol and racism. That was not grief. That was textual violence, hot in its saturated malevolence. Whether mournful or sadistic in tone, the intensity of social media responses to the Wilson verdict illuminated the reactivity that thrives in the online realms where we spend so much of our time posting recipes, sending event invites, and liking photos. 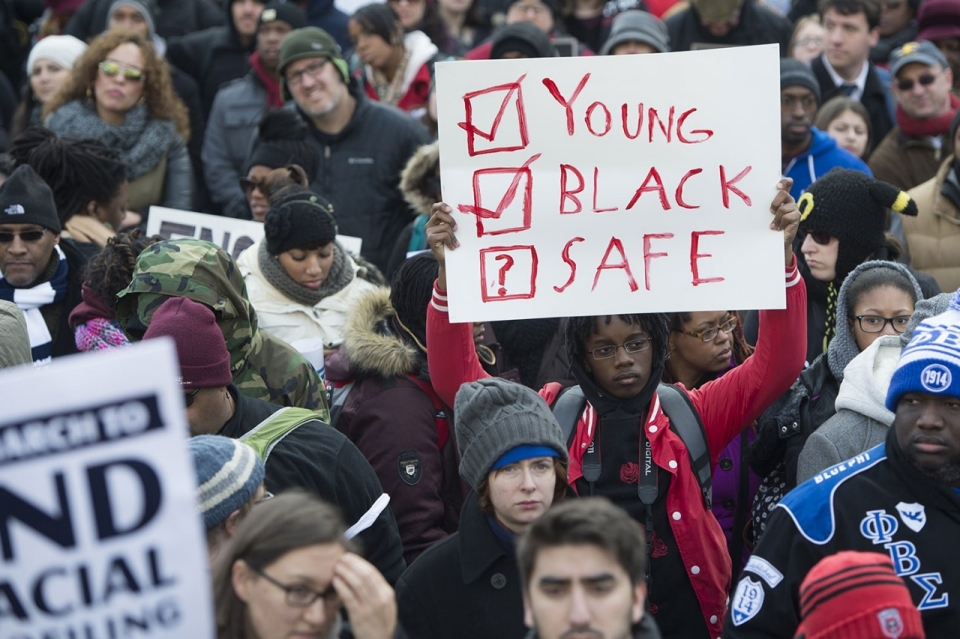 And then it happened again. About a week later, the Grand Jury decided not to indict on charges related to the NYPD murder of Eric Garner, despite video footage of the crime. It was too much to bear. I had to look away. The familiar refrain: this can’t be. Again I noted the deluge of maudlin social justice posturing. The concepts of ethics and justice seemed to be disintegrating around us and I ached desperately to see some evidence that this wasn’t just another social media fad – after all, this was real violence, with real power differentials, and real people had been annihilated in its wake. I was thinking of the post stream—cynically, I will admit—as a sort of falsely self-identifying social currency (#alllivesmatter, anyone?).

But what happens if we view these public grief acts through the framework of trauma theory and, more broadly, emotional culture? If we take these gestures at face value in their sincerity—generally speaking, people were indeed deeply disturbed by the recent events involving racist and deadly police violence—that complicates a reading of the posts as outright narcissistic (#alllivesmatter excluded), and enables an alternative reading that considers grief and public feeling as active processes, comprised of myriad responses, that morph through culture as they evolve. However, I want to be clear: there are plenty of problematic responses on social media – I am not the first to critique public feeling on social networks. Some very smart people have already cautioned against the phenomenon of hashtag activism, like Evgeny Morozov, author of The Net Delusion: The Dark Side of Internet Freedom. He offers that “…people often affiliate with causes online for selfish and narcissistic purposes,” and so once the post is made—an exercise in vapidity to a person doing it for the wrong reasons—there is little incentive to act further. I hear you, Evgeny. However, that analysis seemed inadequate when I tried to shore it against the reality of people grappling with the insanity of constant police violence.

Is it surreal and superficial to post on Facebook when unarmed citizens, typecast by birth as threats, are begging police to spare their lives? Absolutely. In defense of the average internet user, however, maybe it is all they can do in moments where being “carried away by delirium and irrationality” (as Essayan says) seems certain otherwise. As much as I critique this social media vanguard, I appreciate its utility, its accessibility, and frankly, its necessity.  The rage that these tragedies provoked seemed to break through the status-quo surface tension of everyday online interaction; a raw nerve suddenly ran through the internet’s collective consciousness.

Certainly the personal loss felt by the families of Garner and Brown is incalculable and incomparable, each with their own devastating trauma narrative. That cannot stop us, as fellow citizens, from also mourning and processing at the cultural level—when trauma and loss highlights such systemic injustice, it creates a profound tension between the private, internal nature of grief and the need to publicly speak about and mourn it. Although she was writing during the Armenian pogroms of the late 1800’s and early 1900’s, Zabel Essayan’s words speak to an idea to which I always try to return, with compassion, when I think about public feeling in times of contemporary tragedy. We are struggling against erasure, against the intentional disremembering of someone or something that threatened us or our loved ones by the forces that did the threatening. This is what it means to be disempowered and suffering in a violent system of institutionalized oppression.

And so I thought again about mourning, about what mourning actually is and does. I remembered the thorny brush of the aftermath of the Wilson non-indictment. I thought about how grief is full and pushes everything in its path aside, and also hollow, bottomless; and leaden, unresponsive; and also a bit like a balloon that floats to the sky, but the balloon is a part of you and the rest of you is somewhere else entirely. But grief is also alchemical, transformative. Once it touches us, we are never quite the same, forever separated by the cloudy membranes of history and memory. Which, I then reasoned, is why it feels crucial to write and to speak and to be with the reality of grief. The space of grief is where we live, for a while in disbelief, with loss.

Recently, a colleague let me know he was curious about my response to the Charlie Hebdo shootings, that he always thinks of me when tragedy strikes. I told him, simply, that I was writing this.