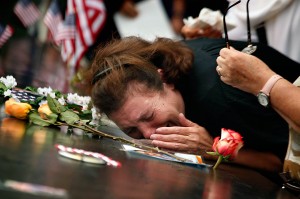 In a previous post on Dilettante Army, I attempted to explain why emotional culture is particularly valuable in our current culture. I referenced 9/11 as a national turning point that created a post-trauma environment where emotion was unwelcome. In response to this post, a commenter noted that culture has always been emotional. I would, however, like to clarify that I don’t think 9/11 was THE pivotal moment for spawning emotional culture, nor that thing can possibly exist – as humans, we’re too messy for anything like that to be discernible. When I said, “Rather than repress our fears and anxieties, we ought to just get emotional already – not to mention acknowledge how emotional we’ve been!” (emphasis added), I was nodding to exactly what the commenter was making explicit: we’ve been emotional in culture forever. 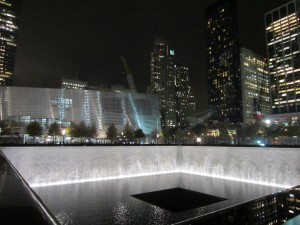 However, I am particularly interested in how discourses around national feeling shape and inhabit our perception of feeling. Specifically, I’m interested in what happens to and in culture in the wake of extreme affective realities like trauma. For a much, much more in-depth look at this, I hope you’ll check out my essay,“The Gendered Approach – Talking Trauma in National Monument Discourses,” in the upcoming volume published by Cambridge Scholars Press called Mapping Generations of Traumatic Memory in American Narratives. In the essay, I discuss how national American monuments to trauma, specifically Reflecting Absence in New York City, alternately modulate, amplify, and restrain the felt experiences of visitors, as well as how a heightened public trauma discourse since 9/11 has affected notions of what we think it means to feel in America.

Although a lot of my recent research looks at the ripple effects of 9/11, I’m no stranger to the pools of emotional culture that have been at work for decades – I grew up in the Philadelphia rave scene AND was a pre-teen girl while doing it! Music is one of the most consistently affected spaces in our culture, its potency further increased by its accessibility. Emotions ran wild as I got swept away in the affected flourishes of overly-saturated trance songs like BT’s Flaming June, the more restrained, beautiful ache of Aphex Twin’s Flim, and eventually the grimy assault of drum ‘n’ bass and jungle a la Dillinja’s Hard Noize. I was also trained as a classical ballerina for 11 years and so I love the dark recesses of Tchaikovsky’s Swan Lake just as much as I love the bittersweet synth breakdown around 2:05 in The Chameleons’ P.S. Goodbye. Why? Because of the emotional swells these pieces inspire in me – some are happy, some not, but all are powerful and genuine. If it hadn’t been for my intense reactions to what I was hearing, I likely would not have developed a sense that emotion infuses culture and, for better or worse, makes it impossible to ignore.

This is a rather lengthy way to say that emotional culture is everything we do, because we live in the cultural products that reflect, articulate, and respond to us. Plus, now you get the bonus of imagining the author of this article decked out in her finest rave gear.