Crafty Gals: What would St. Galentine do?

I have, in my life, benefited from the company and support of an improbably amazing group of women friends.

I love lady pals, and I’m not particularly tight-lipped about it. I am prone to animated declarations of adoration: subjecting my friends to long voicemails (during which I sing impromptu songs of loyalty and admiration); crafting clip art collages devoted to celebrating happy-buddy-times; and distributing handmade crocheted…things…of some variety.

So it was only natural that, when I first watched Leslie Knope (the dynamic protagonist of the television show Parks and Recreation) celebrate Galentine’s Day with her girls, it was pretty much love at first sight. The Parks and Rec fan base was introduced to this wonder of a holiday on February 11th, 2010, when “Galentine’s Day,” the sixteenth episode of season two, first aired.

And, the thing is, Galentine’s Day has really struck a chord with a lot of women. In the past few years, as February has rolled around, the blogosphere has become increasingly consistent in presenting Galentine’s Day as a replacement for, or a supplement to, Valentine’s Day.5 A quick search of Facebook and Twitter (#GalentinesDay) turns up thousands of posts/tweets sharing party plans for February 13th, Galentine’s Day cards, and, of course, Leslie Knope memes.6

As Galentine’s Day has become increasingly visible online, I have been running across more and more gift guides, like this one from PopSugar, which highlight the cutest Galentine’s Day gifts that stores have to offer. Invariably, I find that these gift guides seem disingenuous to me: they just don’t strike me as honest elements of Galentine’s Day. 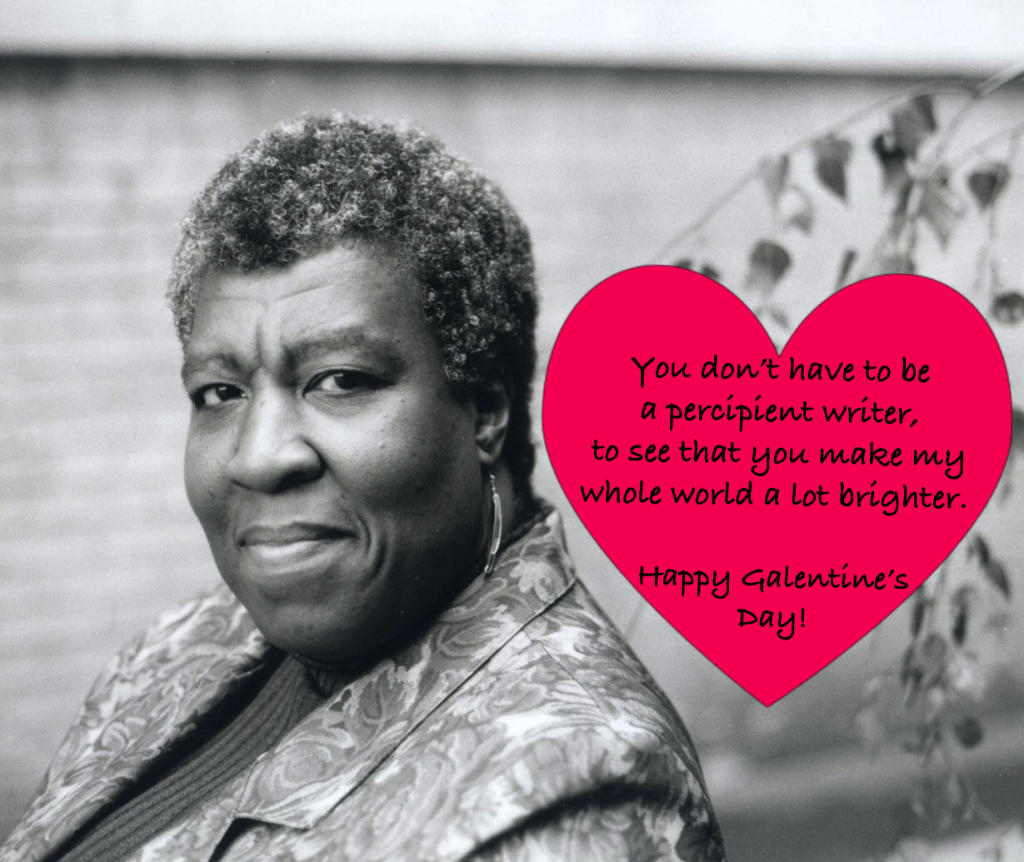 So, I decided to revisit all of the Parks and Recreation episodes and clips that depict Galentine’s Day celebrations.

I decided to do this, first and foremost, because analyzing pop culture texts as if they were historical religious artifacts is fun; people who tell you that this is not fun are lying, and do not want the best for you. (Hint: when you do find a person who agrees with you that exegesis is 100% exciting, marry and/or start a website with that person.)

But more importantly, there is something about the way that Parks and Recreation presents Galentine’s Day that resonates with me: it feels authentic. How does the practice of Galentine’s Day on the show differ from the potential emerging practice that sites like PopSugar.com present?

There are six texts from Parks and Recreation that include depictions of Galentine’s Day: three full episodes, two web exclusives, and one deleted scene (all available on Hulu).7 As I watched (and took really good notes, you guys), I noticed an important consistency in the gifts that Leslie was giving to her friends from episode to episode. She gives to each of her galentines:

As you have probably noticed from this list, on Parks and Recreation, Galentine’s Day gifts are largely homemade and/or consumables. This list is not exhaustive, but it’s pretty close (and we’re going to talk more about other gifts in a bit).

So Leslie gives crafty gifts, and PopSugar is hyping Topshop and Tory Burch. Why does this matter?

Handmade, personalized gifts are often endearing, because they speak to the time, effort, and contemplation that the giver invested in preparing the gift. Leslie’s friends are certainly impressed, and at times overwhelmed, with her thoughtfulness.

However, the importance of giving personally crafted gifts goes far beyond sentiment. Creating homemade gifts, and items in general, is an inherently political act. Don’t think “Mr. Smith Goes to Washington political,” think “second-wave feminism political.” As Andrew Wagner points out in his article “Craft: It’s What You Make Of It,“ when we create our own objects, rather than buying mass-produced goods, we make “a political statement outside of mainstream industrial society.”9

The capitalist paradigm in which we live casts women in a specific role around Valentine’s Day. Within this framework (which is still primarily centered around heterosexual couples), a man is meant to show his appreciation and desire for his partner by buying her flowers, chocolates, and an array of culturally appropriate consumer goods, including jewelry. As Rebekah Levine explains in “Valentine’s Day,” the most iconic symbol of love and devotion, the ultimate Valentine’s Day gift, is the engagement ring.10

Leslie Knope’s practice (and potentially our respective practices!) of Galentine’s Day is all the more impactful because it exists in relation to, and in many ways counter to, hyper-consumerist Valentine’s Day. The ideal (capitalist-created) Valentine’s Day gift is an expensive gemstone. One that boasts a carefully, and avariciously, inflated price, courtesy of fake scarcity, courtesy of De Beers.11 A Galentine’s Day gift, on the other hand, might be worth a lot monetarily, or you know, like nothing. It might be radiant, or dull, or humorous, or poignant, or childlike, or it might channel your inner Golden Girl.

Many crafters, according to Faythe Levine in Handmade Nation, begin creating because they can’t find exactly what they need or want among mass-produced goods.12 When Leslie (and here I speculate, but responsibly) imagines the perfect Galentine’s gifts for her ladies, she knows that, by and large, these items cannot be found on the shelves of a big box store. Her friends are complex; they are individually unique—they do not, as far as she is concerned, fit into the advertising mold of “standard woman in February.”

In the aforementioned article, Faythe Levine shares that crafting is, for her, “about having control over [her] life.”13 By keeping Galentine’s Day homemade, Leslie opens up space for women to control their own messages of self identity and friendship. Leslie’s practice of Galentine’s Day doesn’t totally escape the painfully prescriptive identity categories of capitalist marketing (it’s not magic), but it allows for the potential of some fluid identity expression.

We should also continue to prioritize self-made gifts over mass-produced items, because Galentine’s Day needs to be accessible to as many women, of as many socio-economic classes, as possible. Let’s not disempower whole groups of fellow ladies by making the practice of Galentine’s day financially cumbersome or impossible. Galentine’s Day is supposed to help us celebrate and strengthen our solidarity in sisterhood.

I am the first one to admit that new, shiny shit is super cool. Hell, I want a conversation-heart-shaped purse as much as the next girl. But Galentine’s Day has the chance to be an inclusive, potentially radical space for a lot of different women. A key to allowing that to happen is to reject blatant consumerism as part of this emerging holiday’s ethos. 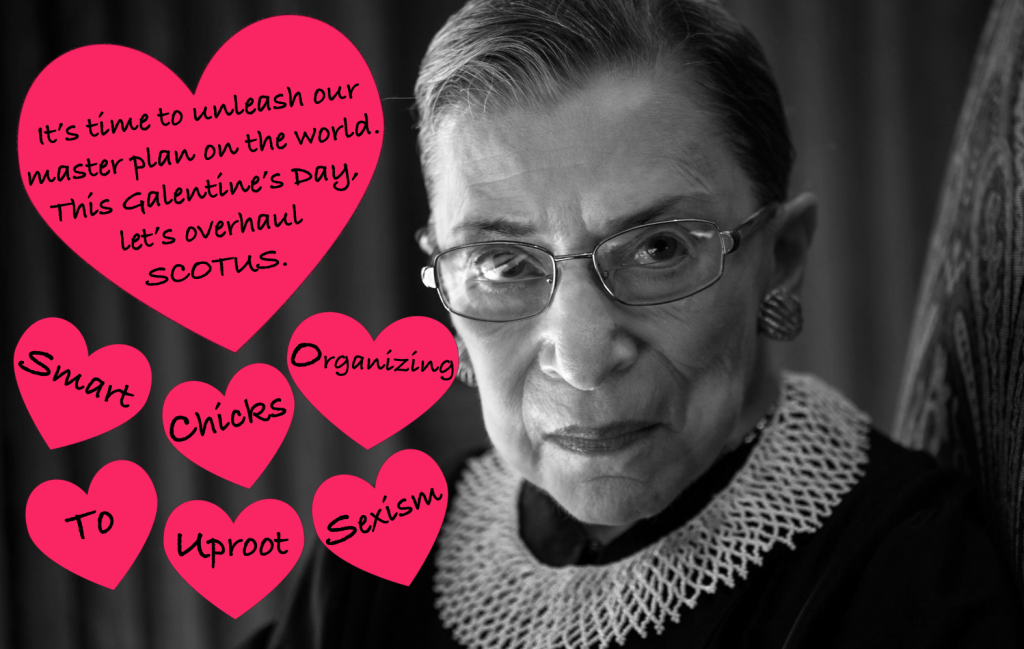 Alright, finally, just because I can hear your wee little voices drifting in from the outskirts of craft camp, here’s what I have to say to those of you who swear up and down, “I can’t make anything!”

Yes you can! You can make all kinds of things! Like…annotated drawings of stick figures? Or dinner? Or abstract sculptures made out of gum? Or, how about putting a cute cactus in a pot? I speak from experience; the cactus thing is super easy.

I don’t want to get you too excited, because I know how much you guys love detailed analyses of shows on NBC, but there is actually textual support for giving, shall we say, less-than-Etsy-worthy gifts on Galentine’s Day.

I present to you, a list of gifts that Leslie gave to her friends during a hastily prepared, playing-it-fast-and-loose Galentine’s Day in 2014:

See? You have all kinds of options!

So, although stores are stocked to the gills with “girly” gifts this time of year, consider keeping your Galentine’s Day celebration largely homemade, crafty, and/or consumable. And if you’re not feeling up to giving gifts at all, just remember, “anytime a group of women get together for brunch, we embody the spirit of [Galentine’s Day].”15

1 Leslie Knope is played by Amy Poehler. I assume everyone already knows this…because of intronetz.

2Throughout this article I’m going to speak of Leslie Knope as if she is a real person (much to the chagrin of many professors of media studies). To clarify, Leslie Knope is a fictional character, but she is such a figurehead of Galentine’s Day, that I think it makes sense to think of her as an active participant.

With that said, here are the writers for each episode relevant to this text:

4 If the gender specificity of Galentine’s Day is bothering you, incorporate your feminist-supporting guys and call it “Palentine’s Day.” Or you know, just hang out with guys who aren’t jerks about taking part in a celebration that isn’t named for them.

5 Here are a bunch of informally cited examples!

7 “For your edification, and your general happiness, here are the Parks and Recreation videos that mention G-Day.

This scarf is mentioned as a gift given for Galentine’s Day the previous year.

9 Andrew Wagner, “Craft: It’s What You Make Of It,” in Handmade Nation (New York: