A Series of Unfortunate Events: A Reflection on Adultism

A Series of Unfortunate Events, the celebrated children’s books written by Lemony Snicket and now adapted into a television series on Netflix, was my childhood introduction to satire. (Likewise, in a popular and insightful essay for The Atlantic, Lenika Cruz wrote that A Series of Unfortunate Events introduced her to postmodernism as a child.) In ASOUE, satire is a powerful political tool. ASOUE is simultaneously theatrically absurd and an accurate reflection of the issues it addresses, forcing the audience to consider the absurdity of a social issue without being too far removed from the phenomenon it addresses.

I began reading ASOUE at the age of eight. While I didn’t yet understand the concept of satire, the series still had an eye-opening effect on me: it forced me to think deeply about social issues. Namely, it made me think about adultism.

Children’s books, series, and movies often explore how children are patronized by adults. Judy Blume, J.K. Rowling, C.S. Lewis, Suzanne Collins, and others have all explored the frustrations of being undermined because of one’s youth. But the highly self-aware ASOUE takes it to the next level. Through his narration, Lemony Snicket doesn’t simply portray what it’s like to be patronized: he portrays adultism itself.

The term “adultism” was first notably discussed by Jack Flasher in 1978. He defined adultism as the oppression children experience at the hands of adults.[1] Since then, the theory has been discussed frequently by anthropologists and sociologists. The term has also been used in NPO spaces and in activism.

Flasher says that adultism can manifest in a number of different ways. We perform adultism when we fail to view children as humans that are just as complex as adults. It’s evident in the way we grant adults certain legal, political, and social rights over children, and in how we assume that adults are more responsible, intelligent, and deserving of respect.  Children, financially and politically dependent on adults, are thus vulnerable to our abuse.

As with all forms of oppression, adultism involves ridiculing the oppressed for speaking against their dehumanization. Consider how family sitcoms and movies often use the trope of a grumpy teen or child who says that their parents are being “unfair,” a cliché that ultimately discourages children from discussing their mistreatment by adults.

In the past few decades, anthropologists have explored the idea that childhood is a social construct. Anthropologists Allison James and Alan Prout, in their edited volume Constructing and Reconstructing Childhood: Contemporary Issues in the Sociological Study of Childhood (first published in 1990), note that in the past few decades, scholars have begun to problematize the notion of “the child” and the adult/child dichotomy. They argue that “the immaturity of children is biological fact, but the ways in which this immaturity is understood and made meaningful is a fact of culture.”[2]

While the meaning of childhood changes from culture to culture, there are some tropes around childhood that transcend culture and time. In anthropologist Chris Jenks’s scholarly work, he talks about two major images of childhood.[3] These images inform the way we stereotype children we meet in real life, as well as how we represent children in the media. Firstly, there’s the notion of an “Apollonian child” – the innocent, naturally good child, who sees things with a simple clarity. Secondly, there’s the “Dionysian child” – the evil, socially disruptive child in need of discipline.

The Apollonian child’s innocence is conveyed in the way we present children as vulnerable and inherently good. In this trope, their intelligence is undermined. They’re not simply seen as innocent, but also as naïve.

The Dionysian child, still unsocialized, still likely to challenge social norms through a lack of knowledge around and respect for customs, is seen as evil. Think about the notion that children should be seen and not heard, or that adults s

In many ways, the child protagonists in many children’s franchises are perfect models of the Athenian child. Consider Harry Potter, To Kill A Mockingbird, Matilda, or The Chronicles of Narnia. While the protagonists are generally represented as good-natured, they’re also represented as relatively self-sufficient, smart, capable, and responsible. Ultimately, their Athenian traits help them create somewhat happy endings for themselves.

The Athenian model might seem like a highly-evolved way of viewing children, but it’s still another ageist trope – a trope that indicates that children are protected by the law and thus not vulnerable.  Even in our modern society, children are still politically, financially, and socially dependent on adults – a power imbalance that makes them vulnerable.

ASOUE challenges this trope. The Baudelaire children are Athenian in some sense, but they differ from the other child protagonists in a major way. Despite the fact that the children are good-natured and smart, they don’t “have a happy ending” – something which Lemony Snicket reminds us of as he narrates the series.

In a perfect meritocracy, they should have a happy ending. But they – like us – are in a world where adultism exists. In many ways, this challenges the trope of the Athenian child because it reflects how children – regardless of the rights they might now have – are still vulnerable because of adultism.

The Baudelaire children are portrayed as significantly smarter than their adult counterparts. They’re also more capable: while Mr. Poe and their guardians are fooled by Count Olaf’s disguises, the children are not. Yet, because of their age, it’s assumed that their concerns are invalid. 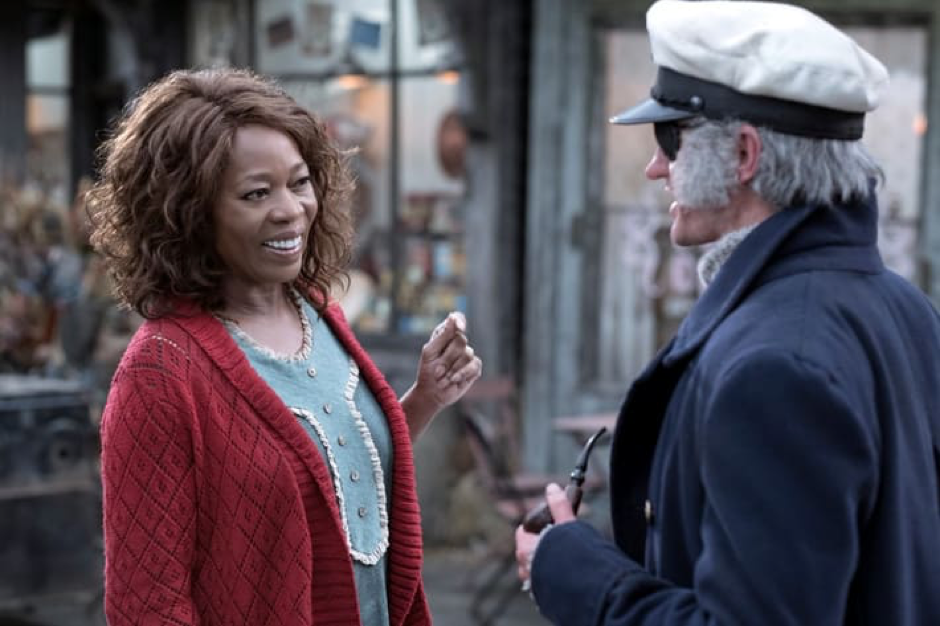 From “The Wide Window: Part One.” Aunt Josephine is taken in by Count Olaf’s disguise. Screenshot by the author for Dilettante Army

Their age also makes them legally and financially vulnerable. The plot of ASOUE revolves around Count Olaf attempting to get his hands on the children’s enormous fortune, something they have no access to because of their age. Episode 2 involves Olaf setting up an elaborate plan to marry Violet and steal her fortune, thus showing how ageist (and patriarchal) these laws can be. The trope of the Athenian child has the subtle implication that the law protects children; Olaf’s scheme to marry Violet rejects this idea.

The children, although usually more verbose than their adult counterparts, are constantly patronized through language. In conversations with the children, the adults often pause to explain a term to them, and the children respond by saying they know what the term means, such as in this dialog from Episode 1, “The Bad Beginning: Part One.

MR. POE: I have some very bad news for you children. Your parents have perished in a terrible fire. They perished in a fire that destroyed your entire home. I’m very, very sorry to have to tell you this…my dears. Perished means killed.

KLAUS: We know what perished means.[5]

This motif stands in stark contrast to the way Lemony Snicket explains different terms to the audience, both in the books and in the movies. In “The Bad Beginning: Part Two,” he narrates:

Lemony Snicket’s explanation contrasts with that of the other adults because he doesn’t explain it in a patronizing way and, in the above example, at least, he notes that both children and adults might confuse the two words. On a functional level, Snicket’s descriptions make the series more accessible for both children and adults. His tendency to describe words seems to serve his love for language rather than . 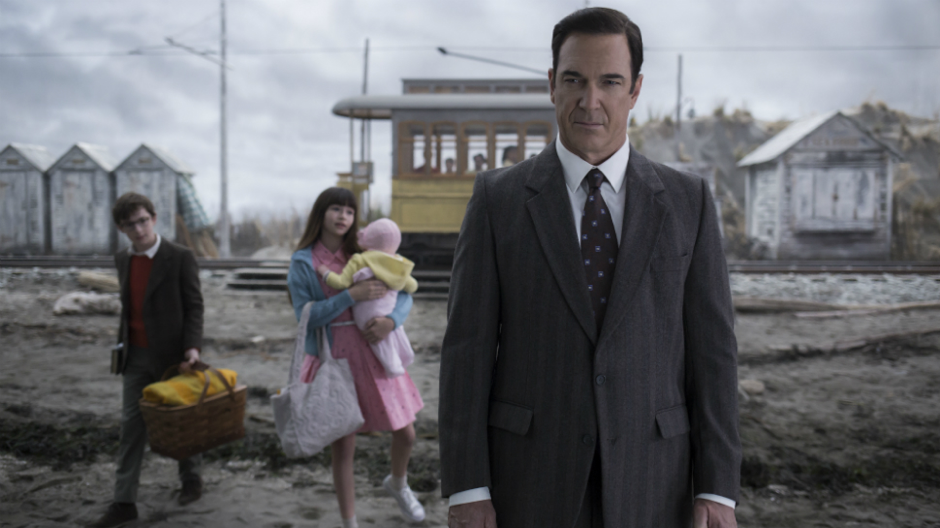 From “The Bad Beginning: Part One” (Episode 1). Lemony Snicket, played by Patrick Warburton, explains terms to the audience without patronizing them. Screenshot by the author for Dilettante Army.

This patronizing attitude becomes dangerous when the astute children try to warn Mr. Poe and other adults about Count Olaf’s schemes. The adults, believing they are smarter than the children, overlook the red flags indicating Olaf’s abuse and harassment of the orphans.

Of course, these red flags are purposefully obvious to the audience and children. In the Netflix series, the talented Neil Patrick Harris portrays Olaf as more despicable than ever. We get a visual representation of him hitting Klaus, he treats Sunny as if she’s sub-human, and his planned marriage to Violet seems even creepier than in the books:

COUNT OLAF: Come, Violet. Would it be so terrible to be my bride? To live in my house for the rest of your life? You’re such a lovely girl, and after the wedding I wouldn’t dispose of you like your brother and sister.[7] 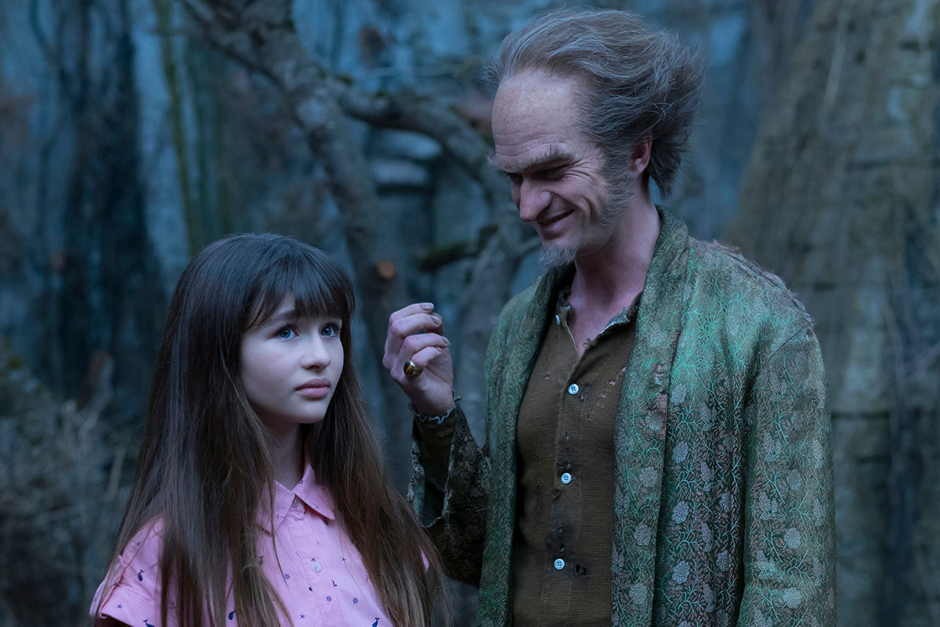 From “The Bad Beginning: Part Two” (Episode 2). Neil Patrick Harris’s take on Count Olaf is creepy. Screenshot by the author for Dilettante Army.

Olaf as a theatrically evil villain is nothing new. Roald Dahl’s Matilda, for example, has absurdly abusive parents and an over-the-top evil headmistress. Once again, the realistic-yet-exaggerated nature of the villains makes for great satire.

But in the Netflix series, Olaf takes it a step further. While Lemony Snicket breaks the fourth wall by walking through the scenes, talking to the audience and begging us to stop watching the series, Olaf shows a level of self-awareness rivaled only by that of the narrator.

The title sequence features a song wherein Neil Patrick Harris (as Count Olaf) sings, “Look away! Look away! This show will wreck your evening, your whole life, and your day!”. On a few occasions, Olaf looks directly at the camera, speaking to the audience, as in Episode 3:

COUNT OLAF: I prefer long-form television to movies. It’s so much nicer to watch in the comfort of your own home.[8]

He also acknowledges the existence of Lemony Snicket early on. In Episode 2, when his henchman refers to wedding cake as being “a little lemony,” Olaf admonishes him for saying “that word.”

ASOUE’s representation of adultism shows how oppression is systemic. Count Olaf might clearly be a villain hell-bent on harming the children, but the other adult characters enable his abusive behavior.

It’s a pattern that is uncomfortably familiar: after the children narrowly escape Olaf’s clutches, Mr Poe and other adults realize the children were right all along. Yet they doubt the children the next time Olaf comes around; they reduce it to the children’s “imagination” or the fact that they survived his trauma before. This is notable in Episode 4, when the children try to point out that Stephano, their uncle’s assistant, is actually Count Olaf in disguise. Mr. Poe says that they’re clearly “confused” and “hysterical” because of the recent death of their uncle. This is what frustrated me as a child and is particularly unnerving for me as an adult viewer: the systemic gaslighting of the Baudelaires.

In “The Wide Window: Part One,” Mr. Poe says about Olaf, “Who knows where he came from?” to which Klaus replies, “You put us in his care!” Perhaps the way we constantly fail children is the actual series of unfortunate events. 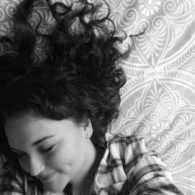