Cowboys & Aliens. It was the summer blockbuster boasting such a talented roster that we dared to hope it would transcend the cheesy premise. It didn’t. Still, if you only viewed it as a shallow and forgettable action flick, you missed out. It’s also a treasure trove of scriptwriting ignominy; a guided historical tour through Hollywood’s various failures of imagination.

Hardly a secondary character exists who doesn’t play out some hackneyed trope from the dark ages of American cinema. There’s Woodrow’s faithful Indian hand, so simple-minded that he maintains blind devotion to a man who never shows him an ounce of respect and squanders his skills by relegating him to the role of a (no doubt underpaid) manservant to a spoiled child.

Or there’s the Indian chief. We can tell he is a wise warrior by the way he draws out all the syllables in his words. Never mind that the sum total of his strategic contribution is suggesting that his troops *take the high ground* (apparently this is a tactical revelation to the outlaws and the Civil War general). Woodrow’s manservant alters his speech and posture in the presence of the chief, because after all, he is also an Indian and genetically predisposed to be wise as well. The Indian tribe are the epitome of noble savages – yipping and bloodthirsty one moment, reflective and harmonious the next. In a weird reversal from the usual neotribal fantasy, it’s not the Indians who need white-man firepower to defend themselves, it’s the heavily armed white outlaws who fare extremely poorly until assisted by arrows, tomahawks, and spears.

The Mexicans fare better merely by virtue of omission. There’s the beautiful Mexican wife who disappears quickly and only serves as a secondary object of longing for a secondary character. There’s a member of Jake’s former gang who draws on the rich heritage of his country in order to use the words “amigo” and “patron”. And there’s the (apparently) half-breed child who completes Jake’s nuclear family dynamic, highlighting Jake’s empathetic qualities without demanding follow-through on the messy business of actual parenting.

But the real foil is Ella. Ella, who gets dropped in a lake and crawls ashore still wearing makeup. In theory, she’s a 21st-century female role – tough, capable, at home in a world of gunslingers and bandits. Yet she’s an awful tracker, never seems to shoot anything, and still wears a dress. And like a certain other female character, she’s entirely lacking in volition. Jake forges the path, makes the plans, does the negotiating, and leads the battle. Meanwhile, Ella reminisces vaguely about “her people,” and of course, gets captured so Jake must risk his life to rescue her. One of her primary accomplishments is sticking her tongue in Jake’s mouth so that he will “stop thinking.” Just in case her role wasn’t clear. She accomplishes something ostensibly important at the end, but the resulting orgasmic fireball doesn’t really belong to her; it’s enjoyed and celebrated by the triumphant male warriors on the ground.

I know we’re trying to take a step up from the helpless, wailing love interests of popular movies past. But most attempts right now are so clumsy I have trouble even convincing myself that they’re an improvement. Characters like Ella feel horribly awkward, like a continuity error woven into the very fabric of the script. It’s quite a feat when the most unbelievable part of your movie is the female lead, rather than the wrist-activated ion cannon.

Gender equality in movies doesn’t need to arrive in the form of being able to throw a punch. Let’s focus first on giving the characters equally plausible inner lives, and *then* move on to other things, yes? 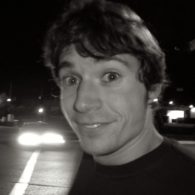