Windows on Other Cultures?

In the attempt to distance itself from the misrepresentations of the colonial past, museum practice has undergone substantial changes. Museums increasingly employ a variety of media to convey ethnographic data, changing the way in which visitors receive information and experience museum visits. Moreover, through collaborative curation, museums have engaged in active efforts to offer a window on other cultures that takes into account indigenous points of view. While acknowledging these changes, I would like to reflect on what creating a window on other cultures really means, challenging the claims to objectivity of museum displays. 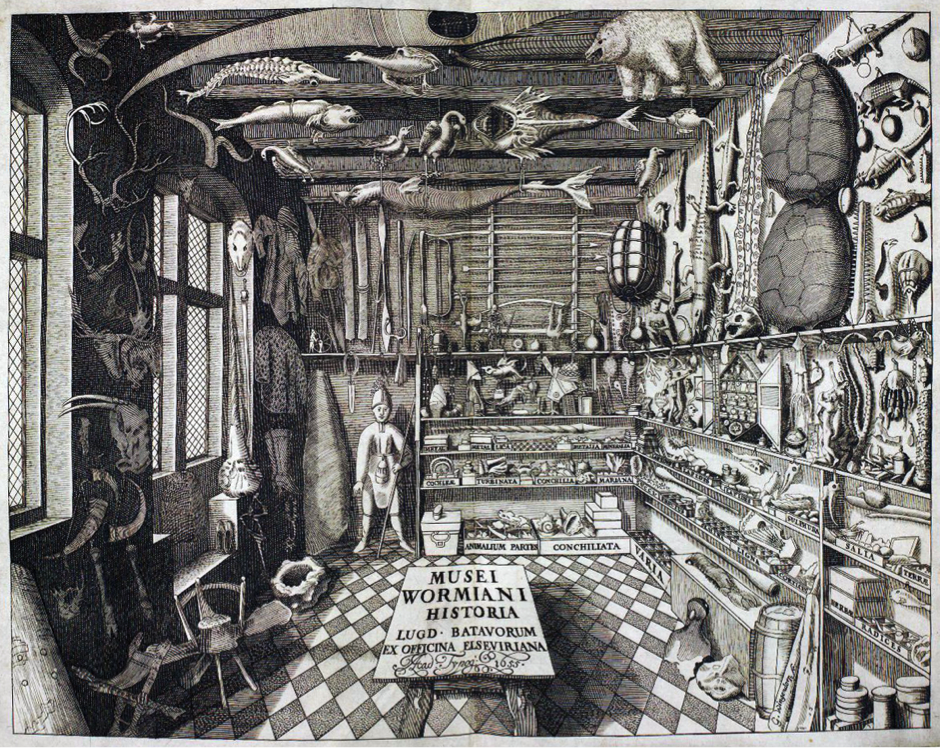 When going through the webpages of ethnographic museums, it is interesting to notice how the institutions praise the variety and value of their collections. The Ethnographic Museum of Budapest boasts “authentic artifacts” collected from “every ethnic group on the continent.” Likewise, the Swedish Museum of Ethnography suggests that their “objects are bearers of culture…for entire groups of people and may be a vital source of identity.” Finally, the webpage of the Ethnographic Museum of Zürich invites the visitors to “explore what remarkable social, technical and philosophical achievements foreign peoples and culture are capable of producing.” All these claims are grounded in a shared understanding: the value of ethnographic material lies in its synecdochial relationship to the culture of origin. In their materiality, objects constitute a fragment of the remote “other,” a part of a foreign cultural landscape.

By displaying a variety of objects, visitors are visually confronted with the otherness of the materials, and encouraged to draw immediate comparisons (that is how they serve food, that is how they dress, etc.). In this, we could say, museums certainly constitute a “window” on other cultures, but how transparent is this glass? Museum practice is still the product and manifestation of a Western concern for the collection, classification, and preservation of knowledge, and this concern determines what is worth collecting, learning, sharing, and displaying, as well as what constitutes knowledge in the first place. In Museums and the Shaping of Knowledge, E. Hooper-Greenhill poses the following questions:

What does knowing in museums mean? What counts as knowledge in the museum? What is acceptable and what is regarded as ridiculous, and why? Does this change over time? How are material things constructed as objects within the museum?[1]

Hooper-Greenhill argues that the authority with which museums are invested is based on the assumed rationality of their classificatory systems. These systems are adopted “within an ethos of obviousness” to the point that their adequacy is often taken for granted. But our classification of the natural world is, in fact, not the only possible one. In The Order of Things, Foucault offers a simple example to demonstrate how artificial and arbitrary are the assumedly obvious and rational categories through which we classify the real. He presents a Chinese classification of the animal world:

Foucault’s example is important for two reasons. First of all, the author highlights how taxonomies are productive: they define the object of study. This is perfectly exemplified by the Pitt Rivers collection, located in Oxford, which was assembled by Lieutenant-General Pitt Rivers, a key figure in the development of archaeology and ethnology. This is perfectly exemplified by the Pitt Rivers collection: originally arranged “to illustrate the principles and course of human cultural evolution,” the artifacts came to concretely represent and embody the dominant theorization of the time, namely the belief in a common origin of all humanity.[3] The objects were displayed to show the different gradations of technological forms, from rudimentary tools to more elaborate objects. In this context, artifacts are not relevant in themselves, but rather in their relation to other artifacts and to the theory that explains their evolution and change. 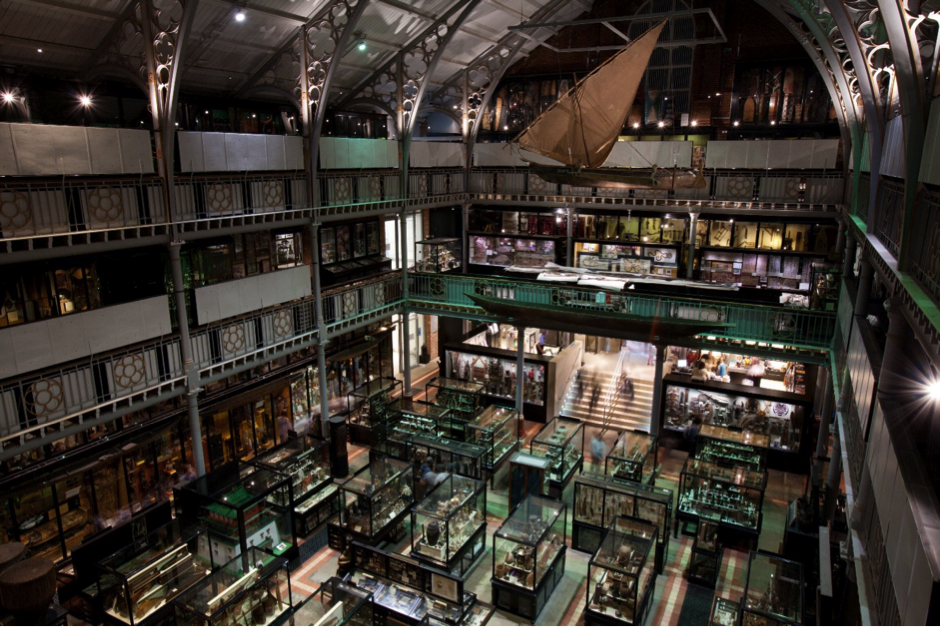 Interior of the Pitt Rivers Museum in Oxford. Image via Wikimedia Commons.

Secondly, since the principles of classification are social constructs and not universal, it follows that the categories that are (or at least were) used by museums do not necessarily apply in other cultures. Traditional classes (such as “technology,” “religion,” and “economy”) reveal an understanding of social reality as a bound, knowable entity from which a part can be extracted to reveal information about the whole. They assume an identity between concepts across societies.

In museum practice, the attempt to overcome these univocal representations has resulted in an increased effort to involve indigenous communities in the display choices made about their heritage. The Glenbow Museum in Calgary offers an excellent example of such collaborative curation. The museum staff worked with a team of Blackfoot people to develop an exhibition about the culture and history of the First Nation group. In this instance, collaborative curation was the result of a lengthy process of exchange that established trust between the institution and the Blackfoot community. After the repatriation of some artifacts and the involvement of Blackfoot representatives in the delivery of lectures about their heritage, the indigenous group collaborated in the conceptualization of the Our Way of Life gallery, thus bringing their own insight to the project.

A similar effort has resulted in a collaborative project titled Engaging Objects. The project sees the Australian National University, the British Museum, and the National Museum of Australia actively cooperating to relinquish their “residual colonial power.”[4] This aim is to be achieved by exploring the biography of the collections through “localised narratives—of trade, theft, loot, gifts, and commissions.” Indigenous communities have therefore been invited to engage in the project with the specific aim of challenging the exhibition-making process of museums. What I find particularly interesting about Engaging Objects is its self-reflective nature. In fact, the institutions mentioned above do not deny the colonial provenance of their collections. On the contrary: by coming to terms with such legacy, they seek to reconnect the present-day indigenous people with a part of their heritage that had been expropriated.

This increased concern for collaborating with indigenous communities is reflected upon the understanding of museums as “contact zones.” Defined as “the space of colonial encounters, the space in which peoples geographically and historically separated come into contact with each other and establish ongoing relation,” contact zones radically change the way in which collections are understood. From being a series of artifacts classified and displayed through conventional norms, collections become the dynamic locus of “an ongoing historical, political, moral relationship,” a space to renegotiate inherited legacies.[6]

Despite the move made towards cooperation with indigenous communities, the understanding of museums as “windows on other cultures” still remains problematic. The concept of “contact zone” itself has come under attack, and an excellent critique has been offered by Robin Boast. Boast argues in fact that “no matter how much museum studies have argued for a pluralistic approach to interpretation and presentation, the intellectual control has largely remained in the hands of the museum.”[7] The resulting relationship is an asymmetric space “where the periphery comes to win some small, momentary, and strategic advantage, but where the center ultimately gains.”[8] Similar concerns about the neo-colonial nature of “contact zones” emerge when reading the purposed aims of collaborative projects. The Engaging Objects program includes among its aims “the development of community-based research projects” by indigenous people, thus possibly perpetuating a one-sided notion of how research on heritage is to be carried out. 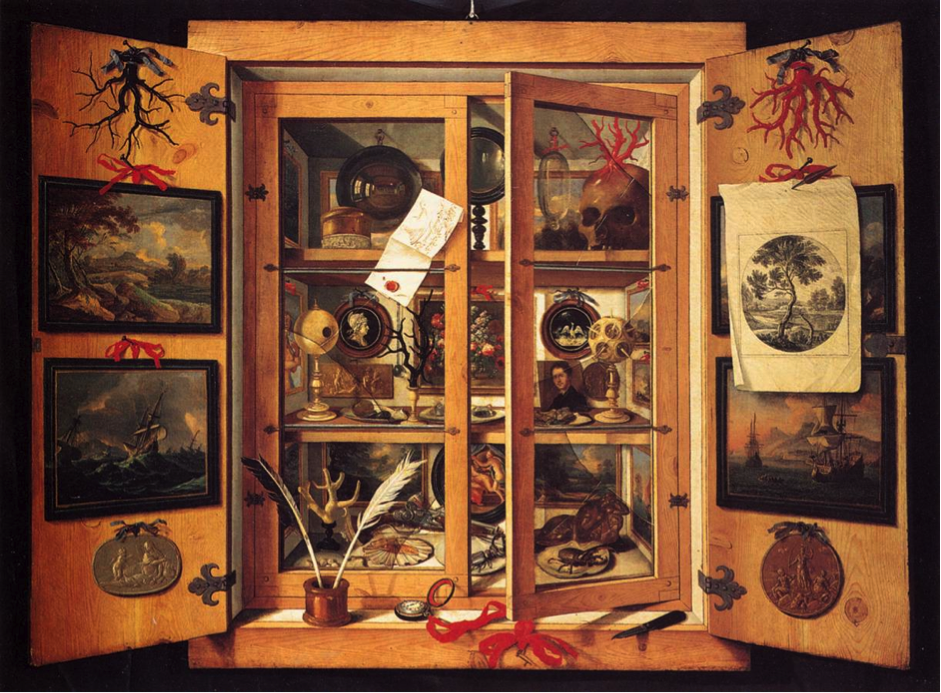 Ultimately, Boast’s position perfectly sums up my argument: although the inescapable reflexivity of museums can occasionally be balanced by co-curation, the concept of a museum is historically Western, as it relies on the assumption that culture can be objectified, classified, and displayed. This should not discourage attempts to include native insight in the way artifacts are studied and presented, but I insist on the necessity of being realistic about what a museum ultimately is and does. As shown by the involvement of Tlingit representatives in the curation of the Portland Museum of Art collections, different people have ways of interacting with artifacts which are completely alien to the occidental mind, and which can hardly be made to fit in a museum context. In the case presented by Clifford, the materiality and meaning of Tlingit objects was of little interest for the indigenous representatives. Rather, the artifacts constituted an occasion to tell stories, sing, and solidify the community spirit of the group.

I think it is also important to remember that every “window on a culture” still constitutes a distorting lens. Regardless of who manages heritage, indigenous communities or Western practitioners, exhibitions necessarily portray other societies through a filter. In fact, displaying artifacts in museums involves making a series of choices based on what objects are considered appropriate to represent a bound, definable and monolithic culture.

To conclude this article I would like to present an occasion in which a curator fully embraced the reflexivity of museum practice. Trained as an anthropologist, guest curator Jeanne Cannizzo decided to explore the social relationship that objects embody through the exhibition Into The Heart of Africa at the Royal Ontario Museum, Canada.[9] Fully acknowledging the colonial past of Canada and the unequal power relationships represented by the artifacts, the curator decided to present the African continent through the eyes of Canadian missionaries and the colonial worldview.[10] This attempt, adopting a postmodernist approach to museum practice and anthropology, encountered the hostility of the local black community, who accused the museum of perpetuating racist thinking. The reaction to Into the Heart of Africa demonstrates that the issues of representation tied to museum practice do not constitute a debate that occurs exclusively within the borders of academia, but a political question that ties into centuries of asymmetric power relationships.

[10] Mackey, E., 1995. “Postmoderism and cultural politics in a multicultural nation: contests over truth in the Into the Heart of Africa Controversy.” Public Culture 7 (2): 403-32