Marina Abramovic’s Balkan Baroque, like Annette Messager’s The Boarder’s Repose, addresses the complexities of individual loss within massive tragedy.  Balkan Baroque was installed at the Venice Biennale in 1997.  In this performance, Abramovic sits amidst an enormous pile of bloody cow bones, washing them one by one while singing folk songs from her childhood. The title, Balkan Baroque, cues viewers to approach the piece as a response to Abramovic’s war ravaged country, the former Yugoslavia. The installation includes three video projections that convey themes of violence and trauma.  For four days the artist sits in the middle of the pile, scrubbing away at 1,500 fresh beef bones.  Her dress becomes increasingly stained by blood as she sings folk songs and weeps.

Balkan Baroque does not disguise the brutality of death or the grotesqueness of the body. The piece evokes a visceral response from the viewer; it is overwhelming and nearly consuming in its violence and death.  Bodies are broken into pieces, blood and ligaments are visible; the pile of bones is so large that from a small distance it is diﬃcult to decipher what it is.  The heap of stinking and bloody bones seems devastating, like a mass grave; however, the enormity of this scene of death does not take away from Abramovic’s ability to grieve the particular.  Similar to Messager’s attention to each dead bird, Abramovic’s focus upon each bone, and the care focused on washing each bone, back and forth, back and forth brings a sense of the particular to a massive tragedy.

When Abramovic sets down the first bone and moves to another there is no fresh rag or water to rinse the bloodied rag. The tubs in the room are filled with black water. Abramovic picks up another bone and begins the same action again, smearing blood and

bits of flesh from the last bone onto the next.  Balkan Baroque addresses the tragedy and loss that will never be mourned and neatly tucked away.  It is a hopeless attempt to grasp a tragedy: “The work of mourning is never complete, never clear, never solid.”

Balkan Baroque’s spatial arrangement cues the viewers to gather around Abramovic washing the bones. The smell of the cow bones, the sound of the artist singing and weeping, and the spatial arrangement of Balkan Baroque all help to create an enclosed environment for the viewer, where we are contained in this space of mourning. or set of ideas, actually works to create these beliefs.  Through performative repetition, a transformative space is created and death becomes knowable and approachable.

More importantly, the elements of smell, spatial arrangements, repetition, chanting, singing, distinctive dress, and natural elements like water all signal a spatial and spiritual shift out of everyday life and into a space of transformation.  As viewers enter Balkan Baroque, these elements signal a shift out of the everyday. The space of the performance becomes a sacred space, a space of ritual, wherein the work while seeming to act out a belief or set of ideas, actually works to create these beliefs.  Through performative repetition, a transformative space is created and death becomes knowable and approachable. 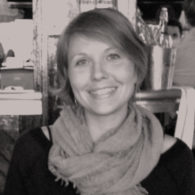