Children and Choices: The Meanings of Inoculation 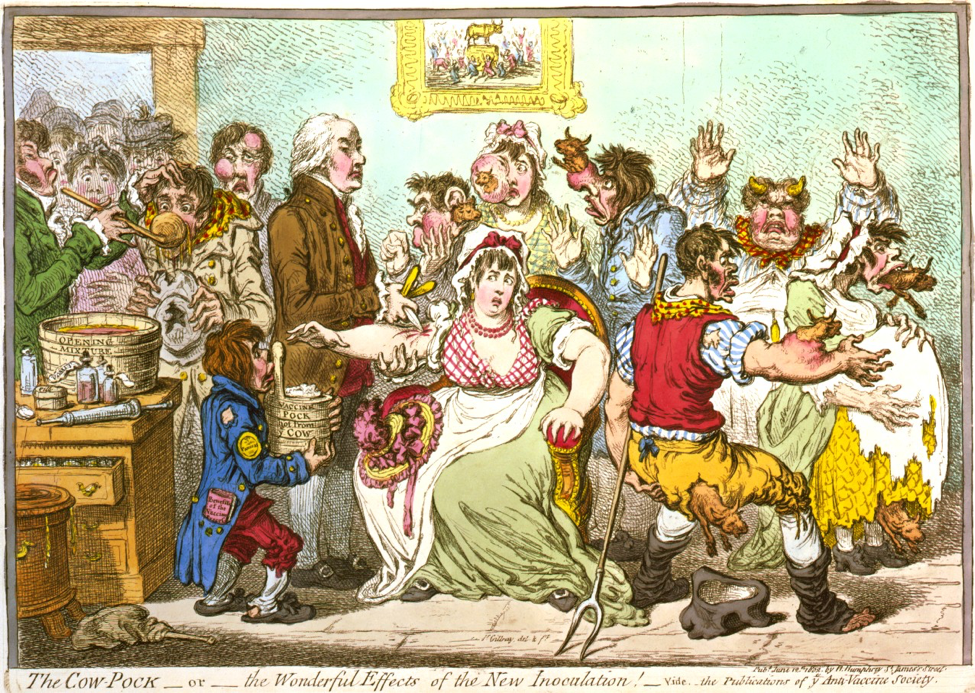 James Gillray, The Cow-Pock—or—the Wonderful Effects of the New Inoculation! (1802)

Delving into Ta-Nehisi Coates’s important and unflinching Between the World and Me, readers may recall the important and unflinching writing of another Black public intellectual, James Baldwin. Baldwin, like Coates, used autobiographical writing to explode the American scene. In “Notes of a Native Son,” Baldwin’s painful memories of his recently-deceased stepfather become an opportunity for considering the nature of hatred for the ones with whom one must live, whether the stepfather in the house or the whites outside of it. Like “Notes of a Native Son,” Coates’s Between the World and Me, framed as a letter to his son, has been widely lauded as a message for the nation.

Coates riffs on Baldwin more explicitly, beginning his 2015 book with a remembrance of violence, a kind of violence he sees as still with us. Speaking of the way parents in his childhood neighborhood administered both fear and love in the form of violence, Coates writes, “My father was so very afraid. I felt it in the sting of his black leather belt, which he applied with more anxiety than anger, my father who beat me as if someone might steal me away, because that is exactly what was happening all around us.” He continues, “Our parents resorted to the lash the way flagellants in the plague years resorted to the scourge.”[1]

When one slapped one’s child in anger the recoil in the heart reverberated through heaven and became part of the pain of the universe. And when the children were hungry and sullen and distrustful and one watched them, daily, growing wilder, and further away, and running headlong into danger, it was the Lord who knew what the charged heart endured as the strap was laid to the backside; the Lord alone who knew what one would have said if one had, like the Lord, the gift of the living word. It was the Lord who knew of the impossibility every parent in that room faced: how to prepare the child for the day when the child would be despised and how to create in the child—by what means? —a stronger antidote to this poison than one had found for oneself. The avenues, side streets, bars, billiard halls, hospitals, police stations, and even the playgrounds of Harlem—not to mention the houses of correction, the jails, and the morgue—testified to the potency of the poison while remaining silent as to the efficacy of whatever antidote, irresistibly raising the question of whether or not such an antidote existed; raising, which was worse, the question of whether or not an antidote was desirable; perhaps poison should be fought with poison.[2]

Baldwin and Coates both recall the largely futile attempts of their parents to prepare Black sons and daughters for a dangerous world. Both also question the way this inoculation through violence brings the fear and hatred of the outside world into Black homes while also acknowledging that these parents are doing the best they can to prepare innocent and unknowing youths for a world that is poisonous.

In the moment Coates is writing, some parents are discussing inoculation in a very different context: the anti-vaccination movement. The anti-vaxxers follow a nearly opposite logic than that described by Coates and by Baldwin 50 years before. This anti-vaccine logic posits that the individual and the world in which that individual participates are totally separate. Unlike the parents described by Coates or Baldwin who know the world cannot be changed and thus lash their children in preparation for the plague of anti-Black violence they know exists, the anti-vaccine parent wishes to operate in a context of total freedom of choice, as in this 2010 statement from celebrity anti-vaccine activist Jenny McCarthy: “Yes, a wave of 12 children with measles in San Diego is a troubling thing. But, there are more than 20,000 children in San Diego with autism! 20,000 vs. 12?”[3] Here, McCarthy puts vaccination in the form of a rational cost-benefit analysis. She positions American parents as consumers with individual choices about how to treat their children and is pushing for the “rights” of parents to be able to make their own decisions about what she views as harmful.

Connecting white parents’ desires to exercise personal choice across a wide swath of public, Professor David Shih has noted that “Even in just the past half-century, we can find ample evidence of the law honoring the preferences of middle-class white parents when it comes to the interests of their children vis-à-vis education policy. Take the example of Milliken v. Bradley, a 1974 Supreme Court case that ruled that desegregation busing could apply only to those school districts whose segregation practices could be proven as deliberate. Like busing policy, immunization policy also regulates which students can go to school where. The ease with which parents receive immunization exemptions, particularly in certain states, represents the satisfaction of their settled expectations of how state and local authorities should treat their children.” As Shih notes, it’s this sort of racial and class influence that explains why it is Louisiana allows virtually no vaccine exemptions, but that wealthy communities in California have so many that the number of unvaccinated children being toted to school in their Patagonia fleeces rivals the numbers of unvaccinated kids in South Sudan.[4]

For McCarthy, unlike the parents Coates and Baldwin describe, the world that would require her to vaccinate her child is operating out of accord with her sense of freedom and choice. The parents Baldwin and Coates describe see a different world of violence for their children, one that they are not free to opt out of. Indeed, such opting out, such imaging that one can choose a child’s way out of danger, is a perspective of privilege. From McCarthy’s perspective, a parent should be able to choose what dangers her child faces, and the moment at which society impinges upon this individual choice comes as a shock. In the narratives of Baldwin and Coates, we see parents who, for better or worse, are wiser about the world they live in. Parenting as though this world is without dangers appears to them as a naive (and dangerous) dream.

As we navigate the brave new world of our current political regime, the gap between the parents described by Baldwin and Coates and those represented by McCarthy widens ever more.

While we’re in this world of alternate facts, pseudoscience, and blurred lines between correlation and causation, let’s float some details and draw some fuzzy conclusions: Donald Trump’s foundation donated to McCarthy’s equally dubious nonprofit Generation Rescue in 2010,[5] some four years before he’d tweet about the lying doctors, and some seven years before he’d tweet about the lying everyone else. Meanwhile, Speaker Paul Ryan also emphasizes choice, pitting a consumerist freedom against the oppressive public healthcare: “Freedom is the ability to buy what you want to fit what you need.”[6] Ah, a world so simple, health and wellness so free and easy to pick up at the store.

But at the same time privileged parents increasingly “opt out” of preventing contagious disease and national health care with the same sense of righteousness that they select against, say, gluten or too much screen time, we live with a President who has campaigned on a law-and-order platform that entailed praise of stop-and-frisk policing, which has frequently violated the Fourteenth Amendment’s equal protection clause and which disproportionately targeted blacks and Latinos and correspond to excessive use of force against these groups.[7]

Even less polemical and political attentions to the dangerous world faced by black children emphasize that preparedness is not optional, as evidenced by a cottage industry of apps meant to protect teens from the inherent dangers of driving while black. An article on one such app, which takes the risk condition as its title—Driving While Black—notes that the product comes with “checklists for ways to keep officers at ease. The creators’ research, for instance, shows that police see a car full of empty Red Bull cans as a dangerous signal.”[8] Although the creators of the app offer the logic of consumer choice as protecting shield—don’t buy Red Bull, do buy our app—the radically constrained field of choices weighs so much on the product as to make it appear ludicrous, a kind of acknowledgement of dystopian policing faced by black drivers.

Against the backdrop of anti-vaxxers and Black Lives Matter, health and life morph, appearing disconcertingly like commodities that only some have the right currency to purchase. 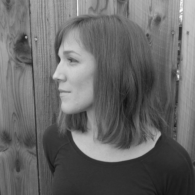