Each month, Dilettante Army’s poetry correspondent responds to a work of art or art happening in free verse. For this installment, the poet visited Portland’s Blue Sky Gallery on the penultimate day that a traveling exhibition of photographs, films, and photobooks by Robert Frank was on view there. 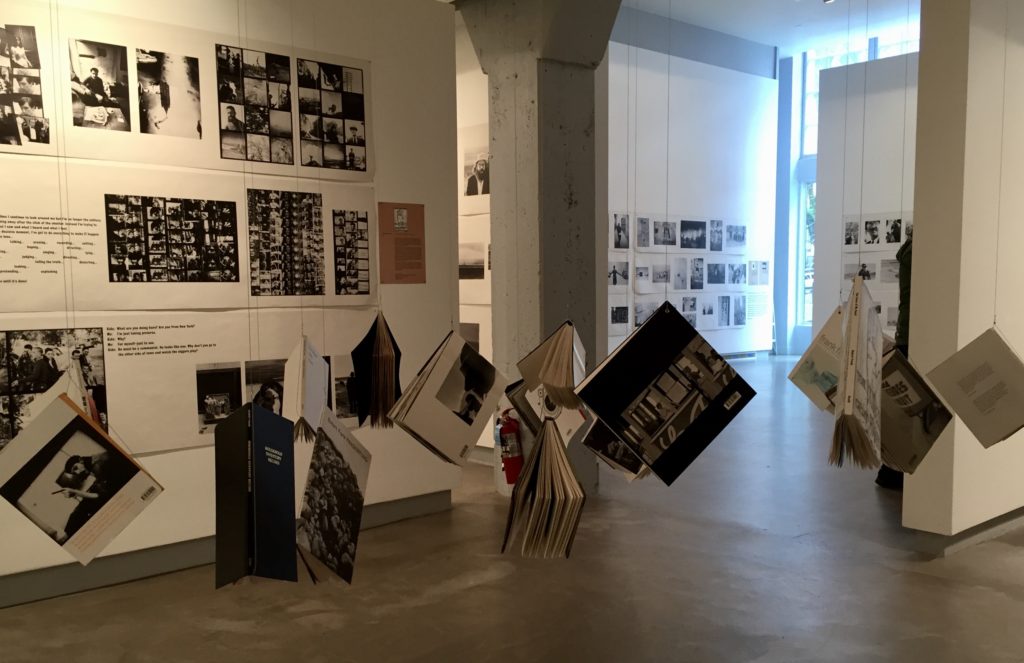 Robert Frank, who is now 93 years old, is often considered the father of modern street photography. His seminal first book The Americans (published first in France as Les Américains in 1958, then in the U.S. the next year), “flew in the face of the wholesome pictorialism and heartfelt photojournalism of American magazines like Life and Time.”[1] Despite his effect on the medium, there have been few exhibitions of Frank’s work throughout his long career. The current traveling show aims to remedy that.

Because Frank’s original silver gelatin prints are quite fragile and costly to display, the exhibition instead uses images printed on sheets of newsprint. At several places in the gallery, flocks of photobooks hang from the ceiling on long strings so viewers can peruse them. 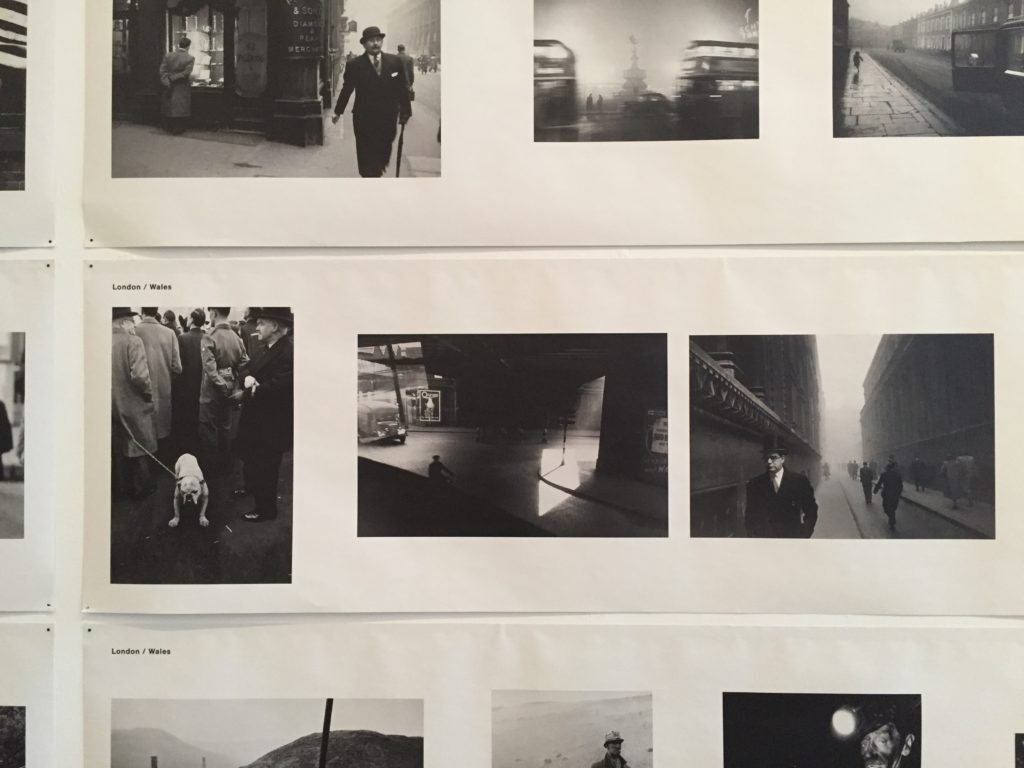 The day after our correspondent visited the exhibition’s Portland iteration, the sheets of newsprint were mutilated with “scissors, knives and even ice skates”[2] as part of a “Destruction Dance” that prevented the prints from becoming exclusive commodities on the art market. Frank described the exhibition’s approach as, “Cheap, quick, and dirty, that’s how I like it!”[3]

Our correspondent chose a work from a series taken by Frank in London between 1951 and 1953. These photographs, along with Frank’s work in Welsh coal mining towns, can be viewed in the 2007 book London/Wales. 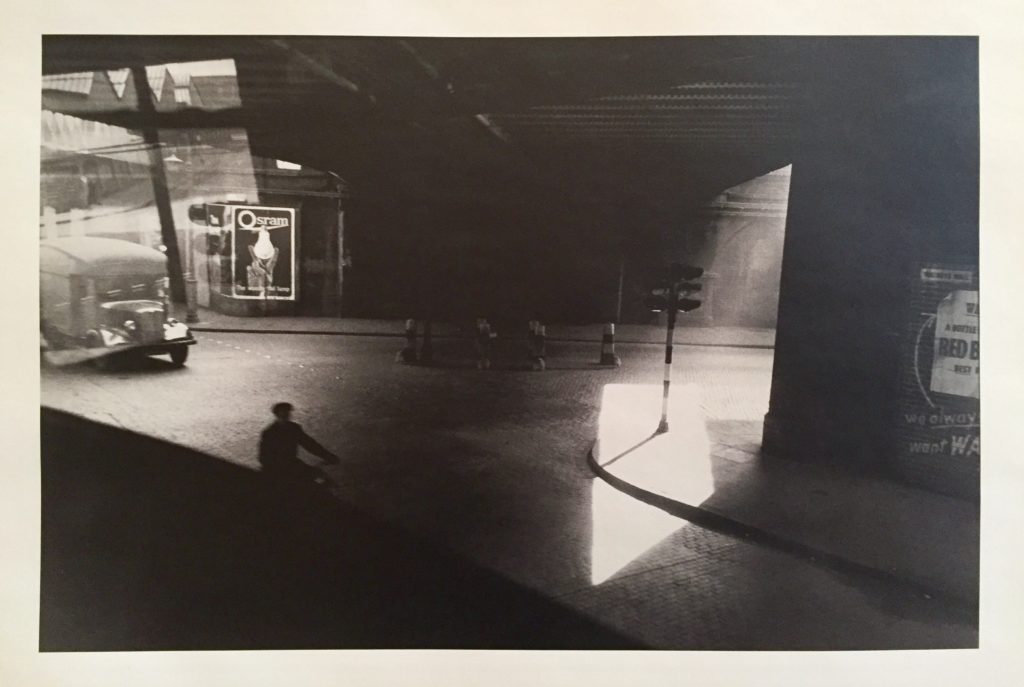 Each of Us Choosing the Tenure and Stature of Our Temporariness

Here is a question we all must ask:
if we found ourselves below
a London underpass on some sunlit
morning or bright late afternoon
in the decade after the war

would we be the blurred shape
of the passing cyclist
or the squat truck approaching
from behind? Would we be seven
striped pylons standing at attention

or the cobbles underneath? Maybe
we would be a poster bearing lightbulbs
and one hand raised in a two-fingered “v.”
Or we would be the dark stain
on the curb’s seam. Or the warehouse
rooftops one block back. Most of all
we must ask whether we could bear
to be the shaft of sunshine.
Could we even be the light post
shooting through it?