Each month, Dilettante Army’s editors choose an exhibit or art happening for resident poet Molly Jean Bennett to address in a poem or short series of poems. 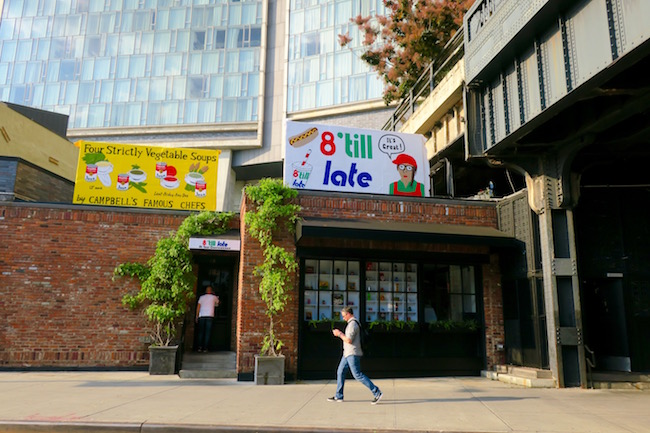 Lucy Sparrow’s 8 ‘till late, commonly known as the “felt bodega,” received a healthy avalanche of press chatter when it first opened in early June. Resting at some desirable intersection of strange and familiar, the 9,000 handmade renditions of popular products didn’t stay on the shelves long enough to gather proper bodega dust. By June 21, the small shop beneath the High Line had sold fresh out and shuttered prematurely. “It presented a fascinating opportunity to observe the consumption of art in real time, and at a surprisingly snappy pace,” wrote Claire Voon in Hyperallergic.[1] 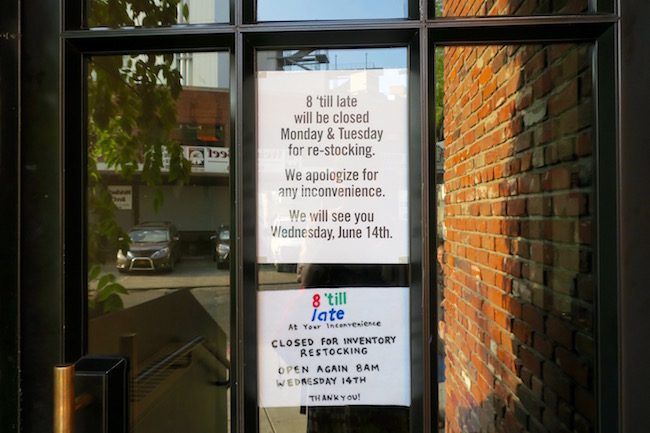 The day our correspondent visited, just over a week before the show sold out, 8 ‘till late was unexpectedly closed for restocking. And so the poet peered through the windows and did the best she could. 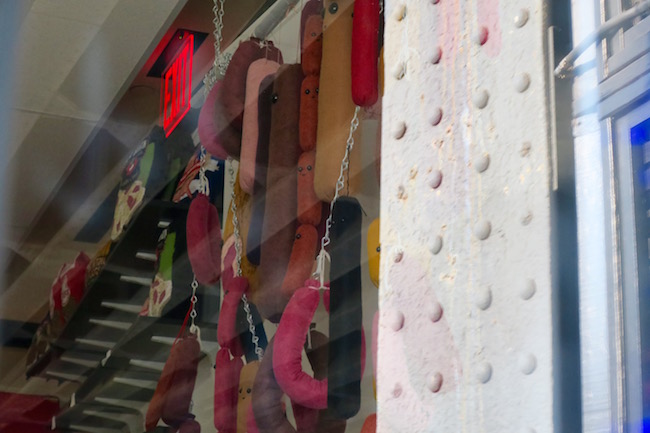 Through the window, I saw the sausages hanging
with their smiles. The cat and the deli slicer. The ice cream
freezer telegraphing its bright Good Humor. Most nights,
a bodega is an answered prayer, a beacon beaming tallboys,
milk, and condoms in the dark. Give me your tired
your drunk your late-night peckish yearning yearning. So
to show up when the lights are out and the gate’s rolled down
is to wonder if you have arrived late for the most important
moment of your life.                                        Sing: