Spiritual Principles and Laboratory Work: The Wondrous History of Alchemy

Today, the word “alchemy” evokes occult pursuits conducted in underground laboratories, or it is equated to the quest for the philosopher’s stone: an object capable of turning metals into gold and bestowing eternal life on its owner. But the transmutation of metals into gold, known as chrysopoeia, was only one of the many experiments attempted by alchemists. Although it was by no means a homogeneous discipline, alchemy was a field of knowledge broadly concerned with the transformation of substances, the search for a universal remedy to all diseases, and the quest for the spiritual principles underlying the natural order. Because its pursuits were rather different from what we nowadays understand to be “scientific,” the historiography of the Scientific Revolution has largely excluded alchemy, dismissing it as a pseudo-science tainted by esoteric beliefs. Indeed, in the first half of the 21st century, the study of alchemy was considered a regressive endeavor which should never have been pursued by historians of science. Nevertheless, recent scholarship has attempted to reassess the place of alchemy in the history of science, revaluing it as a fundamental contributor towards the scientific revolution. In this article, I will guide you through the wondrous world of alchemy, discussing how the systematic experimentation that characterizes modern science once coexisted with the spiritual research of the practitioners. 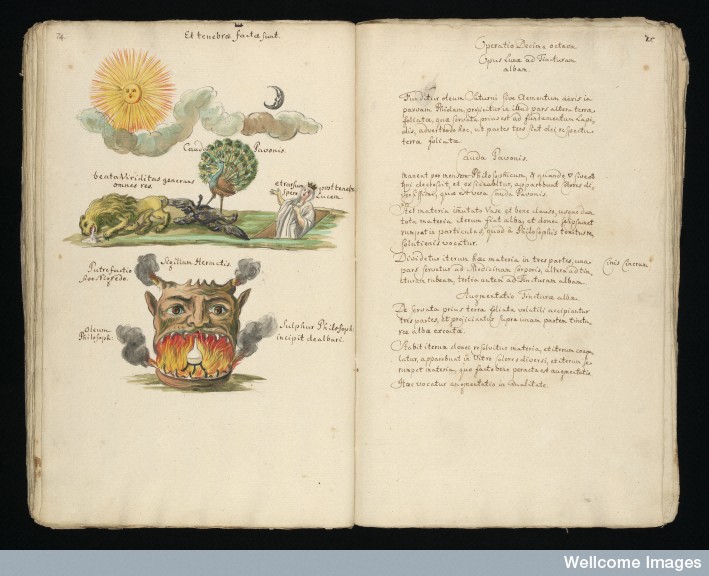 As argued by historian Allen Debus, debates between chemical philosophers, Galenists, Aristotelians, and mechanists in the 16th and 17th centuries marked important developments for the scientific revolution and the rise of modern science: they laid the base for the 18th century chemical revolution.[1] The work of chemical philosophers was inspired by Paracelsus (1493-1541), a medical author who, despite being greatly indebted to Aristotelian and Galenic understandings of the body, rejected humoral theory and substituted for the humors three fundamental elements: salt, sulphur, and mercury. The entire cosmos could be reduced to these fundamental principles. Since alchemy, medicine, and chemistry studied natural elements and their interactions, chemical philosophers argued that the understanding of the natural world should have been reformed by these three disciplines. The natural investigation of these Paracelsian practitioners had a marked religious and spiritual connotation, and knowledge of the origins of creation was sought in both the Scriptures and in Nature. Thus, according to Debus, by looking for divine principles in the natural order, Paracelsians privileged observation and laboratory work instead of the mathematical/logical epistemology of university-trained Aristotelians and Galenists, making direct experimentation the defining characteristic of alchemy.

Paracelsians also disagreed with Aristotelians and Galenists on the four Aristotelian elements, arguing that Genesis 1 contains no reference to fire. By confuting these fundamental Aristotelian elements, Paracelsians dismissed all of humoral theory, because the Galenic humors, temperaments, and complexions were too closely associated to Aristotle’s water, air, fire, and earth. To the notion of humoral imbalances Paracelsians opposed the theory that substances causing disease entered the body through air or food, and that remedies for ailments and disease were to be assembled chemically. 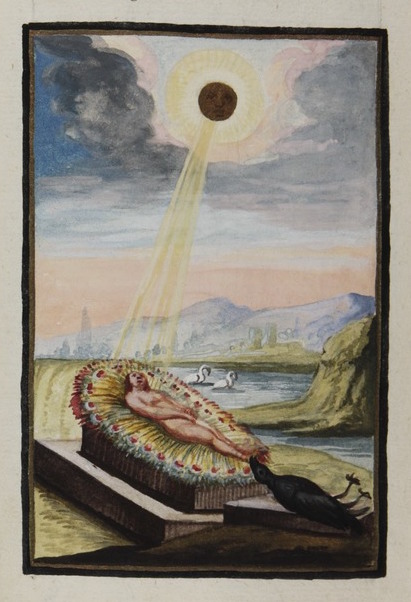 The rejection of Aristotelian and Galenic models led to a debate of great proportions. In Paris, a thriving scientific center in the Renaissance, the question of the use of alchemy in medicine came to challenge the value, utility, and epistemological possibilities of alchemy as a whole. In fact, as mentioned above, alchemy was not exclusively concerned with the way in which elements reacted to each other: it included a corpus of Neoplatonic and hermetic knowledge, it made claims about the interpretation of the cosmos, and it used alchemical reactions as allegories for the transformation of the human spirit from a state of ignorance to one of enlightenment. In particular, Paracelsians believed that analogies and interactions subsisted between the microcosm (man), and the macrocosm (the natural world). This was in contrast with the work of mathematicians such as Kepler and Mersenne, who stressed the necessity of adopting mathematics as the base for knowledge of the natural world and of despoiling alchemy of religious, spiritual, and philosophical aspects. Both Kepler and Mersenne engaged in a dispute with alchemist Robert Fludd, author of the Utriusque Cosmi (1617).

What Debus wants to suggest is that, although in the work of Fludd and of other alchemists there is little that could be recognized as being the base for modern science, alchemy sparked debate by important figures of the Scientific Revolution on questions of observation, experimentation, and the role that mathematics should have played in the study of the natural world. Alchemic research also laid the base for subsequent discoveries: the shift from distillation to precipitates and residues in alchemic medicinal research led to the understanding of chemical reactions, while the use of chemical compounds as remedies marked the introduction of chemistry to medicine. Moreover, the analysis of spa waters, aimed at distilling their beneficial properties, led to developments which were later implemented by Boyle’s work. And finally, according to Debus, alchemy significantly contributed to the Scientific Revolution by tackling the issue of educational reform. Despite the insistence of alchemic practitioners, a chemical approach to the natural world was never substituted for traditional curricula. Nevertheless, by 1700, the most prestigious medical faculties taught both Galenic and chemical medicine, and the use of alchemic compounds in medicine had become widely diffused. 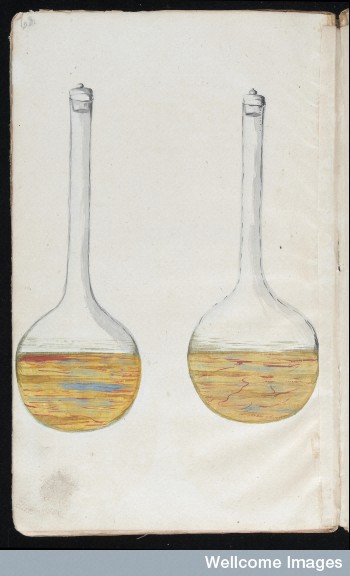 Like Debus, science historian W.R. Newman argues in his book Atoms and Alchemy: Chymistry and the Experimental Origins of the Scientific Revolution that alchemy played an important role in the rise of modern science. Although Newman, aware of criticism on the subject, is cautious with the definition of “Scientific Revolution,” he claims that the rupture created by alchemy between pre-17th century and post-17th century matter theory is undeniable.[2] Such rupture occurred through the work of alchemists who devised experiments demonstrating that elements mixed together could have been retrieved, thus challenging the former notion of “perfect mixture.” Alchemic endeavors ultimately marked a shift towards a corpuscular understanding of matter, which has become the defining feature of the modern approach to the natural world.

Before the 17th century, atomistic views of matter were rather unpopular. Material change was not explained in terms of aggregation and disaggregation of particles, but through the superimposition of immaterial forms. Chemical mixtures were thought to be the result of a process which could not be reverted, since the immaterial forms responsible for the qualities of a substance would be fully replaced by other forms in the mixture, and the original substances could therefore not be retrieved. Despite what has been said in the previous section, Aristotelianism and alchemy were not entirely at odds. In the 16th and 17th centuries, the corpuscular description of matter found in Aristotle’s Meteorology merged with alchemic approaches as Paracelsian understandings of matter described the interactions among substances which were thought to consist of small particles.

According to Newman, the synthesis of Aristotelianism, corpuscular theory, and alchemy was cemented by the work of physician and alchemist Daniel Sennert (1572-1637), who greatly changed the history of matter theory. In his Institutiones medicinae (1611), Sennert’s approach to chemistry was markedly informed by atomism; he made reference to microscopic parts interacting during alchemical reactions. In his De chymicorum (1619), Sennert set out to prove the existence of atoms and the possibility of reducing elements to their pristine state by experimentally demonstrating that, in mixtures of metals melted together (gold and silver in this specific instance), the original metals could be separated from each other by the action of “aqua fortis.” This process reduced the metals to a “calx” composed of “a heap of innumerable atoms” from which gold and silver could be once more obtained through fusion. Newman stresses the significance of this work by pointing out how Sennert’s interpretation of the experiment was consistent with atomistic beliefs: the particles composing gold and silver were, indeed, proved to be indivisible (a-tomos) as they resisted the chemical reaction. Moreover, the particles resulting from precipitation were extremely small, and indivisibleness and small size would have been the defining feature of atoms or particles. 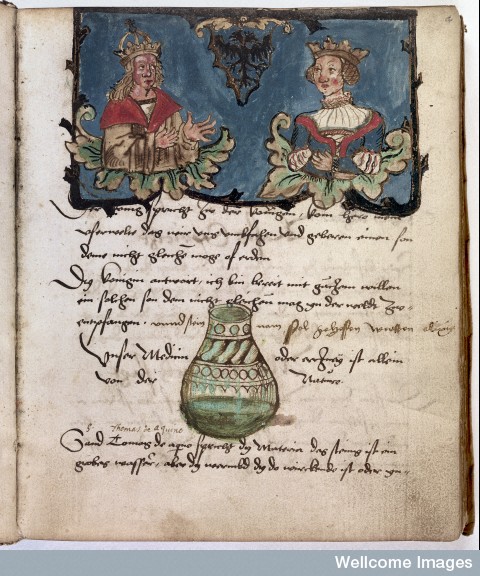 According to Newman, these developments in matter theory were crucial: the understanding of matter as being composed of particles, as opposed to a “single, mutable continuum,” was necessary to Newton’s discoveries in optics and physics and also the base for Boyle’s mechanical philosophy, which was central to the scientific revolution.

By now, you will have begun to appreciate that alchemy could have been an important contributor towards the scientific revolution by promoting experimentalism, mechanicism, and a distancing from Aristotelian understandings of matter, all defining features of the Scientific Revolution and of what we think of as modern science. Nevertheless, it is important to remember that alchemy was embedded in that heterogeneous body of knowledge from which the investigation of the natural world supposedly distanced itself from with the Scientific Revolution. These pursuits included the attempt to discover the basic spiritual principles of the natural world as well as the quest for elixirs of immortality or for a remedy to cure all diseases. What this tells us is that, if aspects of what we now call scientific practice were certainly present in the work of alchemists, these were often intertwined with the spiritual purposes for which they were employed .[3] Moreover, continuity was present between alchemy and traditional beliefs. To mention an example, the experimental aspect of the work of alchemist Henrich Knurath, (1560-1605), author of the Amphitheatrum Sapientiae, is still integrated within magic and ancient knowledge, characterized by its Christian connotation. 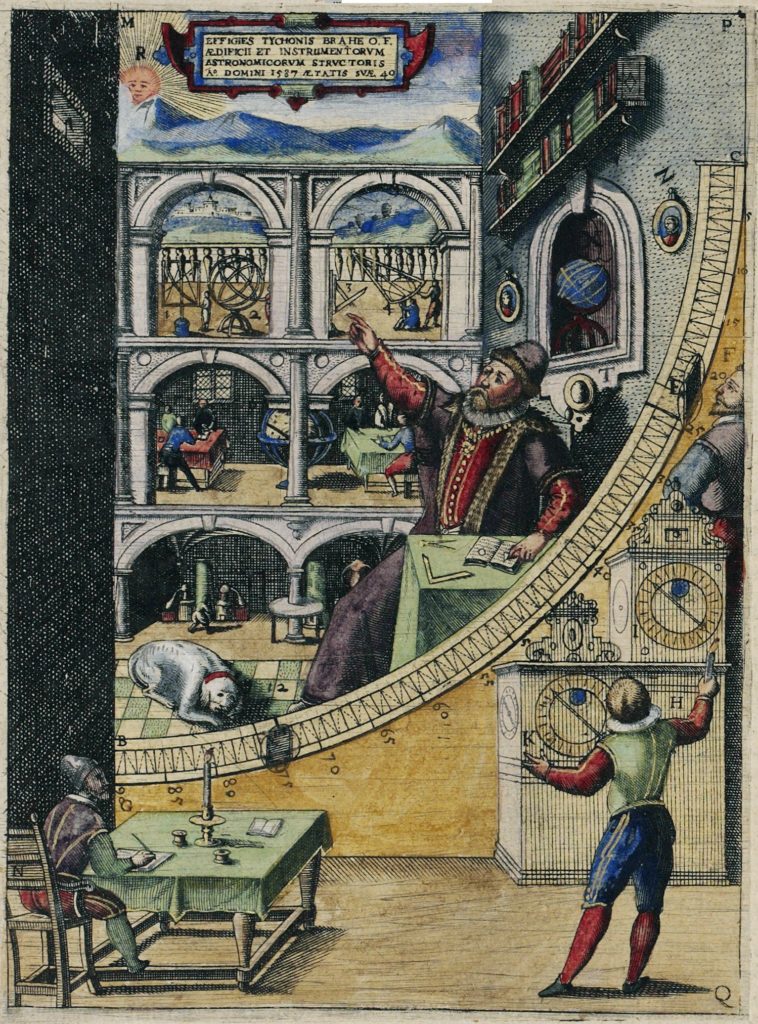 Finally, it is important to point out that, although the shift in matter-theory is considered by Newman as the fundamental shift at the core of the Scientific Revolution, the existence of corpuscles was only assumed, as the means had not been yet devised to experimentally verify the claim. Boyle himself was fully aware of that, and his mechanical philosophy presents a tension which characterizes the alchemical endeavor: on one side, the desire to delve into the true nature, the essential spiritual principles of the world, and on the other the focus on observation and experimentation (whose limits Boyle acknowledged). This disclaimer obviously does not, in any way, challenge the importance of valuing alchemy also as an experimental endeavor. Rather, it highlights the great complexity of the epistemological background in which alchemy was embedded.

Experimental and spiritual pursuits were not at odds in alchemy. Although the discipline was progressively despoiled of its hermetic and philosophical elements, giving birth to what we now know as chemistry, the metaphors of transformation used by the practitioners are still with us. They were rediscovered in the nineteenth century by Jung, who saw in the alchemists’ epistemological process an allegory of the psychological development of human beings. If you are curious about the fascinating universe of alchemical allegories, I highly recommend taking a look at the wonderful images collected by the Public Domain Review.

[2] Newman, W.R. Atoms and Alchemy: Chymistry and the Experimental Origins of the Scientific Revolution (Chicago; London: University of Chicago Press, 2006).

[3] Dr. Sophie Waring. Lecture given at the Museum of the History of Science, University of Oxford, Oxford UK, April 28, 2016.