Confidence tricks operate by illusion. A con man might fool us—but only if he is very, very good. He would have his work cut out for him, creating a seamless reality for us to inhabit. Stories of con men suggest that before we could be exploited and abused, we would have to be expertly duped. It’s a nice thought masquerading as a dark thought. In the ideal democracy imagined by the story of the con, there is no way to use us except by securing, however deviously, our consent. Wouldn’t it be nice if this democracy were that democracy?

Maybe you remember the glowing glass of milk in Suspicion, the 1941 Alfred Hitchcock movie where Cary Grant’s Johnnie Aysgarth is—or isn’t he?—a grifter out to take Lina McLaidlaw’s money and then, perhaps, kill her. Marrying women on false pretenses, as McLaidlaw (played by Joan Fontaine) suspects Aysgarth did her, is one of our oldest forms of the nice thought of our consent masquerading as the dark thought of our duping, since if you must expertly con women to secure sexual access to them, then surely their consent must be, otherwise, very important. You can’t marry women and take their property except by an elaborate ruse that convinces them to love you, stories like Suspicion’s suggest to us, whereas in fact in the history of men’s sexual access to women’s bodies, securing their consent is more of an intermittent fad. Never are we more naïvely hopeful about the power of consent than when fretting, in an apparently paranoid vein, about whether our intellectual firepower is enough to pierce the devices employed to circumvent it.

In Suspicion, Grant carries that famous glass of milk to Fontaine at bedtime. Her character is having trouble sleeping, largely because she thinks Aysgarth is trying to kill her. Is there poison in the cup? It sits on the bedside table lit as if from the inside while we all wonder. The glow is the poison. The glow is suspicion. The glow is a technique of cinematic lighting—thus it’s also artifice. All will be well if only we can pierce Hitchcock’s motives, and she can pierce Aysgarth’s.

But pierce how we may, all has not been well for us, and the many unmaskings since 2001—of falsified WMD intelligence, of financial chicanery in the subprime market, of Russian election tampering—have shaken evildoers less than one might hope. An “archipelago of arrogance,” as Rebecca Solnit called it in 2008, keeps disclosing new islands. It is almost as if fooling us is incidental to governing us: convenient, but hardly essential.

The folk antihero our inglorious times deserve is not the confidence man; it’s the overconfidence man. The overconfidence man stuns his victim into a weary, incredulous compliance by his total failure to consider the possibility of his own mediocrity. Paradigmatically he is white, occupying one province in the territory of white mediocrity that Ijeoma Oluo describes. Surely he mansplains, but also he declaims. The overconfidence man is the one who emits a booming self-narration with the same regularity as a locator beacon, and with about the same interest in or cognizance of the way the message is coming across. As soon as you come within his ambit, you find he is already underway, manifesting his sense of his greatness. Coming into his ambit is easier than leaving it, since there is, for the overconfidence man, no off on the ol’ genius switch. You have to back away mid-manifestation.

What fascinates me about such men is that they share the fraudulence of the con man, but not his capacity to imagine—or is it his interest in imagining?—what the audience might think. The confidence man is gifted with a probably above-average ability to conceive of the contents of other minds. This is the feedback mechanism by which he fine-tunes his false reality for your consumption. But the overconfidence man is a C- student in this regard. Or—the more interesting possibility of the two—he simply doesn’t care. Thus where the confidence man can tell whether you’re swallowing the false picture of himself that he’s trying to feed to you, the overconfidence man either can’t, or won’t, concern himself with these matters.

The comedian Will Ferrell has made something of a specialty of such men. He has said in more than one interview that “unearned confidence” is what attracts him to characters. The fascination of watching Grant in Suspicion is in trying to gauge the depth of his cruelty. Grant often seems a little sadistic onscreen; in Suspicion, you have to puzzle out whether it is just the usual offhand, contemptuous treatment of women that passes for sex appeal in 1940s cinema, or whether it signals that he’s a murderer. The fascination of watching Ferrell is also an undecidability in his character, but a different one, equally connected to masculine prerogatives: does he believe his own bullshit? Is he blind to the fact that you never will? In the 2004 film Anchorman: The Legend of Ron Burgundy, up-and-coming reporter Veronica Corningstone (Christina Applegate) steals first the prerogatives and then the heart of local TV anchorman and non-legend Ron Burgundy (Ferrell). Ferrell’s Burgundy overestimates his own importance by about the same margin as he overestimates the sex appeal of the jazz flute, which he plays: “That’s baby-making music,” he comments seductively. It isn’t, and yet he still gets the girl. Corningstone wearily falls in love with Burgundy by the end. Ferrell’s characters sound their barbaric yawps almost as if it is a matter of no concern that their words be believed, provided they are suffered.

Curiously enough, the zany volubility of an overconfidence man like Ron Burgundy circles back around to the silence of the strong silent type. The upshot of either silence or indifferent bleating is that there is no need to enter into dialogue with the dialogic partner, because their opinion cannot matter. Their spectating does matter, perhaps; it is a kind of validation, unwillingly given, that one is the legend one claims to be. But it doesn’t matter a lot. It doesn’t change anything, really, about material circumstances whether we give or withhold it.

When I was pregnant a couple of years ago, my husband and I went to buy a minivan. The salesperson was a woman and she was fine; trying to sell a car, no doubt, but nonetheless fine. Every time we would go from her glassed-in cubicle near the sales floor up to the parking lot where most of the cars were, we had to pass through a narrow alley of other glass cubicles. Here were the men who were not fine. One in particular had plastered his glass walls with handwritten motivational statements, gleaned from where managers of salespeople evidently glean them, the internet: “Discipline is the bridge between goals and accomplishment” (Jim Rohn). “Your attitude, not your aptitude, will determine your altitude” (Zig Ziglar). “People are starving for decisiveness. If you can give it to them, you can rule the world” (anon.). “Your self worth will determine your net worth” (trad. arr.).

This particular salesman had plastered nearly every available inch of his glass cubicle with statements of a motivational sort, so that in the end what he had was less a personalized workspace than a serial killer wall.  I wanted to get out the camera and start taking crime scene photographs but I figured he expected us to walk past it approvingly and without comment. Seeing us seeing the statements, he looked like a person inviting guests into what he knows is a particularly tastefully decorated living room. What motivation! we must be thinking. Perhaps we would learn a thing or two. Or was it something weirder, that everyone who passed his cubicle had to receive, in the barest sense of read and see, these signals about himself. It is as if the chaotic and profuse signs of self-confidence were to leave us charmed, like Odysseus’s men—drugged with a preemptive exhaustion at the thought of resistance.

The internet maxim is not quite right, that “people are starving for decisiveness,” and so “if you can give it to them, you can rule the world.” This is an overconfidence man misreading himself as a confidence man. It is both tiring and rude to reject someone else’s false reality, and most people are tired and polite. As long as you are the one to whom power will default if no one does anything—and in a great many social and romantic situations, this is the white man—you do not really have to weave an ingenious web of lies. You already rule the world. If you like, you can keep sounding your foghorn while you do it. 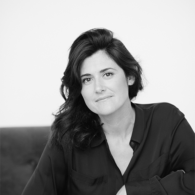