“a silent space for reflection”

large grey marble cube with no way out

hand over the head of the son  not to annoint

not to protect   after death

they have left flowers by her feet

we wait outside the gates         wander in softly

The sculpture that occupies the center of Berlin’s Neue Wache (“New Guardhouse”), positioned on the city’s East/West axis and now serving as a public memorial to “victims of war and tyranny,” goes by two names: Mother with her Dead Son and Pietà. The piece is an enlargement of a 1937 work by artist Käthe Kollwitz, who once wrote, “I have no right to withdraw from the responsibility of being an advocate. It is my duty to voice the sufferings of people, the sufferings that never end and are as big as mountains.”[1] Kollwitz, whose younger son was killed in World War I, focused much of her artistic career on standing up to state violence and oppression. By the time of her death in 1945, the Nazi government had largely silenced her voice.[2]

Directly beneath the statue are interred the remains of an unknown soldier and an unknown concentration camp victim. 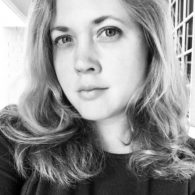