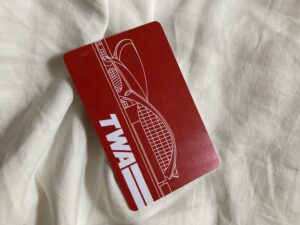 as if I don’t also see them
It’s a gazelle, look, the twisting horns
I don’t know animals she says

I think correct
On 9/11, hours from kissing at the door—
I in my undies, skateboard under her arm

But why are you touching the art?
It isn’t that, they watch and I get too close
She points out a tower

two towers she says
in a miniature. There’s five towers I say
and two bombers

to the tide, which is so strong
we don’t have to lift our feet
to get knocked around

When I see crisis coming
she says disaster yes like a terrorist cell
you mean, like very effective, yes

I spot birds in paintings and in life
and she says you could
have been a pilot, so hot

She says that’s the gayest thing
you’ve ever said and I say yes, yes, fine
reach your gorgeous mama hand

At the Arthur M. Sackler Gallery
near the Washington Monument
the Qur’ans are on display
in silent rooms
somebody spent a lot of time – years
to render stroke embellish them

The filter is on one side of the desk
the theory etcetera is on the other it goes Geneva, Capital v 1, KJB, Marx Reader, Sources of Indian
Tradition, Selected Subaltern Studies

you wrote the Qur’an as a sign of piety

Draw me: we will runne after thee

a meditative act: you notice human fallibility because:
god is infallible

the joints of thy thighs are like jewels: the work of the hand of a cunning workman

set me as a seal on thine heart & as a signet upon thine arm:
break:
for love is strong as death:
and jealousie cruel as the grave

regard ye me not because I am blacke or golde
but because I am a seat and a raft of mind:
for the sun has looked upon me
these tasks a gathering of monuments against
the corruption of nature
telling us the fuck what to do
in a world after Andalusia

the paintings described are from Shahzia Sikander: Extraordinary Realities on view at the Morgan Library in 2021 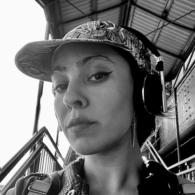