None of us know what will happen. None of us are prepared
or well arranged. I stood there, allowing feelings to travel
around the surface. I clutched the damp glove tucked into a ball in my pocket
& it rhymed with Cézanne’s roundness on the canvas. Little wool fruit.
His apples vibrated from the core.
I could see how his own hand postured
its crescent swings

how it knew, yes, all of this—fruit, table, bunched-up cloth & the dark
spaces between the skins, pressurized & layered
as my own interior—
is worth it.
And is also assembled from the same stuff:
cone, sphere, cylinder. What a relief to remember this. Or, at least, believe it
for a fistful of minutes      dropping in here & there
like shadows in a basket
from the hand that puts me together.

Nearby, through a rectangle cut in the wall, snow’s furious static
brushed the antithesis
of a still life. By the time I stepped out of the museum, January had thrown the light
& ran away. I was still thinking of peaches with the summer inside them.
My coat a thin cheap fabric      but I still felt warm from looking   some pit in me
from which I spiraled outward in ochres & cadmiums.

I was thinking of the last days before fall    the off-season
nectarines a velvet brown   at 5 am     hidden inside the blue bowl
painted convex with shadow
& when I reached for one my hand went dark
the lack of light like a category of water. I felt around in the darkness.
I wanted to paint the darkness, all the uncertainty in the bowl
but didn’t know how.
Who was I when I was born? Did I love the world?

Do I love it now? Will I ever surprise myself again?
There used to be a time here
on this same earth
where people could taste the sugar inside an orange
only once in a handful of years.
Let’s go back to this emotion—fruit as delicacy. When stillness was.
When people loved with no broadcast.

until the hour acquiesces, a soft animal in a cat’s mouth.
A better idea: let’s press pause awhile.
The fruit will never rot. Cézanne can paint it forever.

My husband’s shoulders levering under his shirt
as he turns the pan at the stove     twists the oil all around the surface.
We all know time is running out.
But yes it’s worth it.

I once believed like Cézanne    the process of a human face & a fruit
were identical: both, just objects
that took the same consideration.
Cylinder, sphere, cone. That I could dissolve
anything into geometry. Even death. The way I used to believe the light
was just the absence of marks, which is to say, meaning.
God, am I really still here?

Can I layer a poem like a painting? Can it be phraseless as an image?
How do I go beyond a construction

& move into a sincere expression
of time and feeling? When I say expression
I mean like the look on a face
after it’s been left or told they are loved. What is the language
equivalent of Cézanne’s cone, sphere, cylinder?

Right now, in the immediate present:
not the museum or my kitchen, anymore, but my childhood bedroom

From downstairs the vibration of the radio hosts
floating a current of news & its digestion.
I hear my mother place her mug down on the table. The sound is round as an apple.
I am almost more her than me.
There is more than this, but this is all I have
now—still life. The light is right here. And the absence.

A note from Dilettante Army’s Poetry Editor, Molly Jean Bennett: Of the still life, Cezanne wrote: “Painting from nature is not copying the object. It is realizing one’s sensations.” [1] Despite the fact that still lifes occupied “the lowest rung on the ladder of the old hierarchy of genres,” he returned to the form again and again in the latter half of his life, often painting many versions of the same objects in slightly different configurations. 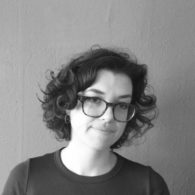