making architectures that are unimaginable. moving through them in impossible ways.

this is not my body.

my body is unrecognizable and unnamed.

This is only a composite of partial recognition.

whose body is this?

How does illustrating the impossible make us rethink movement?

A place where maps cannot be made, but treads can mark paths.

The Stonewall Rebellion began on June 28th, 1969, when police raided the West Village     bar. Stonewall Inn patrons fought back, starting an uprising that continued for days. The event is often credited as the spark of modern “gay liberation.”

In 2015, during a time when mainstream media whitewashed and gender-washed the rebellion, I re-imagined a “Stonewall” monument. But monuments too often make histories static, ignoring the movements that ripple and shift our landscape. The West Village, the neighborhood where Stonewall sits, is a central point of gentrification in New York City.

Instead of building a monument, how can we move in ways that resist technologies and systems of surveillance and criminalization? How do we, as people in various states of (non)personhood and (non)citizenship, navigate architectures of exclusion? Where and when does my body become visible and invisible? When do I walk beside my ancestors?  When am I stepping into the future? How do my steps mark the present? How can our movements, our choreographies, and a refusal to map ourselves, recognize that liberation is never still? 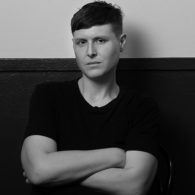