Conditions on the Ground

Ana Mendieta was a Cuban-American artist who worked inventively, poetically, and defiantly across many different kinds of media. In “Creek,” an ekphrasis of an image from Mendieta’s Earth Bodies series, Silvina López Medin amplifies the resonance between the matter of the human body and the substance of earth. How should a person be in the realm of the senses? What would it be like to be at home in the world? Medin’s pared-back couplets bring out the fierce pleasure of posing these questions–and also their equivocal character–because to be at home in the body, at home in the world, is often to resist overwhelming contraries. Sometimes things look deceptively simple. Sometimes this is the best joke of appearances. Elemental is as elemental does.

a body lying face down

lying in a body of water face down

lying in a stream face down, the legs

lined up in the same direction, never meeting or

starting or pointing to one angle of the frame

followed by backside, back, back of the head: the head

toward the opposite angle, the certitude

of the body as line

across a frame, its stillness

against running water, the strippedness

to a form stretched by its own weight

not a body, a corpse

still though as if just turned

to listen: a sudden sound

perhaps the weight of a foot on a branch

or the far splash of a stone, that head

the line across the frame, breaks

under a sole, piercing

the scene, a body

of water, head down

not turned toward the camera but away

you can’t see the mouth but know

the mouth is there

the lips are there

to let the air out 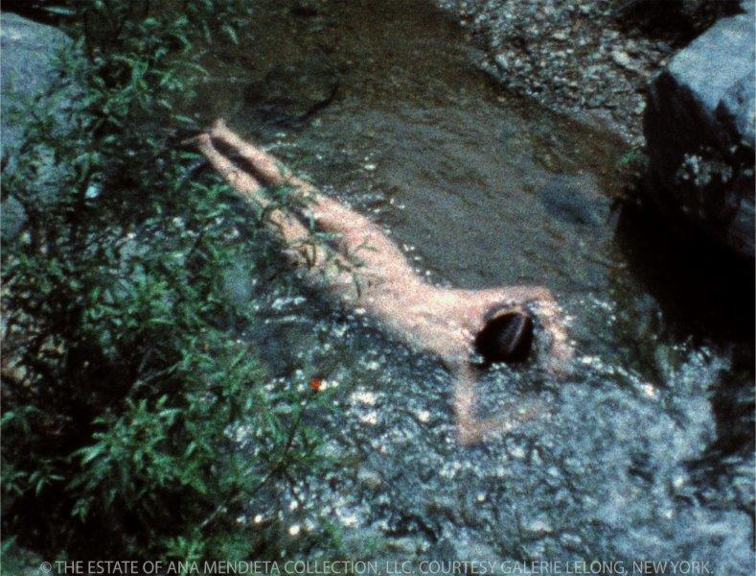 You have left the camera’s field of vision. —Marguerite Duras